Well we made it to Vermont! But … I still have a week of attempting to work here and a few more sleepless nights (Conrad is in room with us and partying most nights from 11-12:30am….) before I can unwind, relax and just do NOTHING. I am looking forward to it immensely.

This summer is flying by already … time just keeps going faster and faster and I don’t know what to do about it. Got any tips to slow things down?! I am all ears ….

Becca and Bobby met by happenstance on a cool March night. They were both with some friends, and Becca immediately caught Bobby’s eye when she walked in. He was too afraid to approach her so he had a buddy play wing man. When Bobby had his friend ask her about himself she said, “You mean that guy in the cowboy hat?” She was clearly not too impressed.

They spent the rest of the night chatting, and met up again the following night for drinks. Bobby was smitten and didn’t want the weekend to end, but Becca had to return to college to finish her last semester. They talked occasionally throughout the next few months until she graduated. Once home, they again met up for drinks and have been inseparable ever since!

Their first official date was at the river after dinner, and Becca misjudged her step and fell in the water. Upon retrieving her phone from the river, Becca told Bobby, “I’m going to marry you!” Fast forward 17 months later when Bobby took her to the same spot, and made her hold up her end of the deal when he proposed! 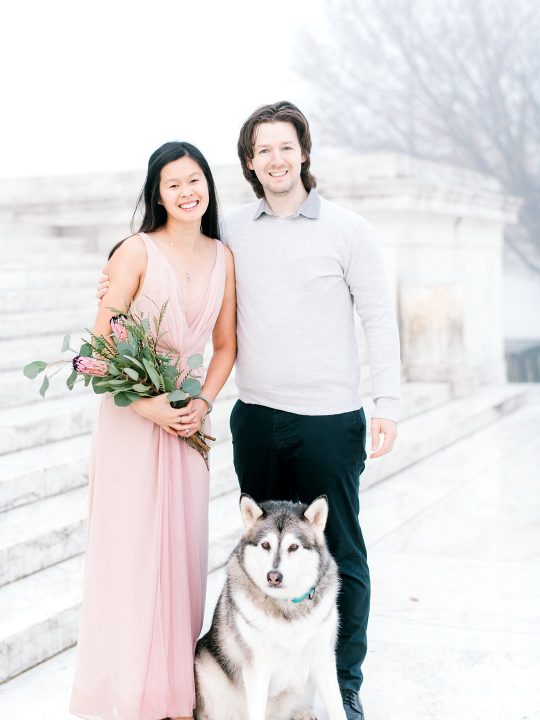