Wow guys – blogging after 1pm?! This is a new low for me on the lateness scale. I was gone ALL weekend at my sister in laws bridal shower/bachelorette weekend and it took a bigger toll on me than I thought! Not only am I still digging out of my inbox, but I am just so mentally exhausted, it’s taking me 3 times longer than usual to do anything today! Am I allowed to use the “I’m getting old” excuse?!!? ;)

This should have been up way earlier, but it’s a gorgeous session nonetheless. Julie Napear Photography shares with us, a chic engagement session at the DC War Memorial. Now we’ve all seen sessions at the monuments & memorials (I get a TON submitted to me), but I loved that this couple decided to dress up with a bit of formality. Tobias (the groom to be) said that they wanted to do something a bit different with their DC engagement shoot – they wanted to match the formality of the monuments with their attire. I thought that was pretty cool. So enjoy Tobias & Morgan’s chic engagement shoot! 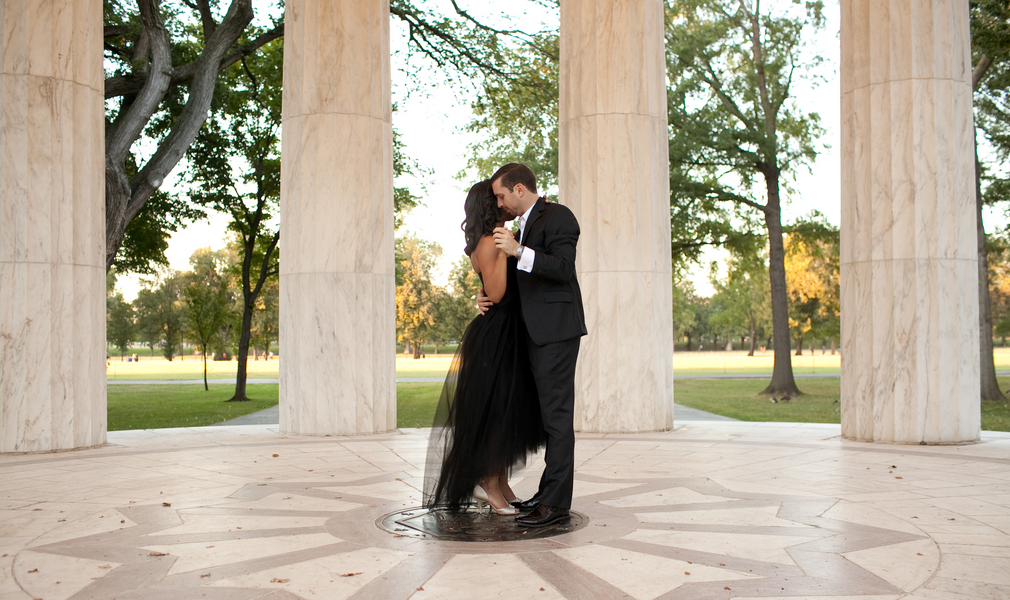 We met in law school in Boston in 2007. We sat next to each other in class every day, and one day Morgan just turned to me and asked me what my name was. We quickly became friends, but we didn’t start dating until several months later. Our first real date was at a seafood restaurant near the law school campus; there was a ton of snow on the ground, and we didn’t have a reservation so we had to wait for an hour and a half to be seated. Even though we were starving, the time passed quickly since we were enjoying chatting with each other. Five years later — to the day — we got engaged. 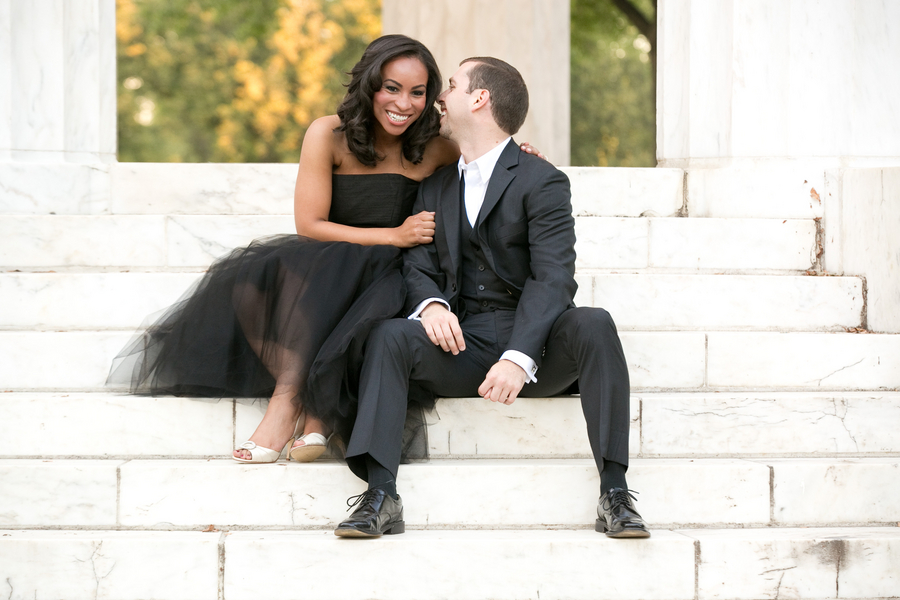 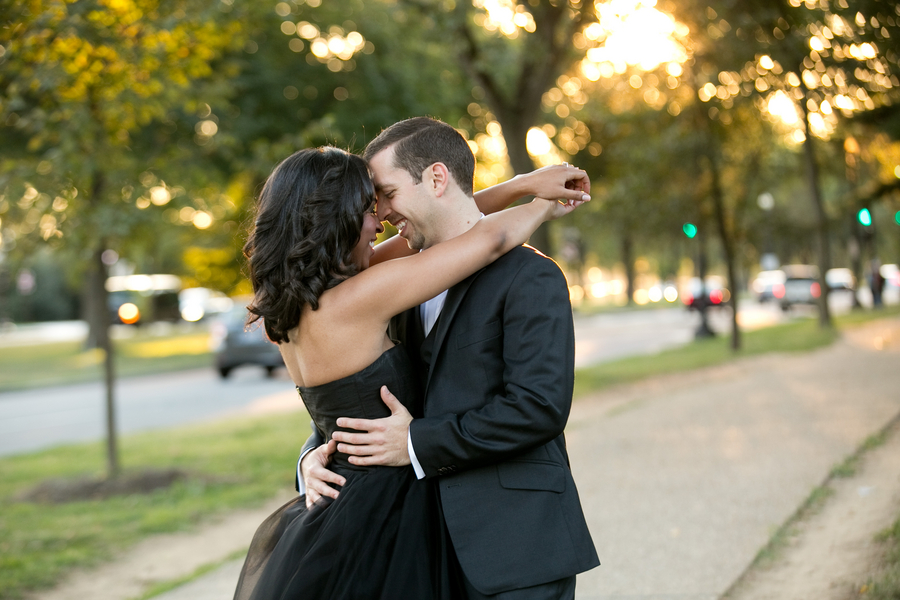 I actually had an elaborate surprise engagement planned, including dinner at the same restaurant and then a night in a hotel suite, but Winter Storm Nemo hit Boston that morning, and dumped historic amounts of snow on the city. The subway shut down, then the restaurant closed, and then the governor ordered a driving ban. So we went to a nearby deli, loaded up on essentials (i.e., steak and wine) and made dinner at home while the snow piled up outside. At the end of dinner, I pulled out the ring and popped the question. Morgan never thought she’d get engaged while wearing sweatpants and an old sweater, but she said yes anyway. 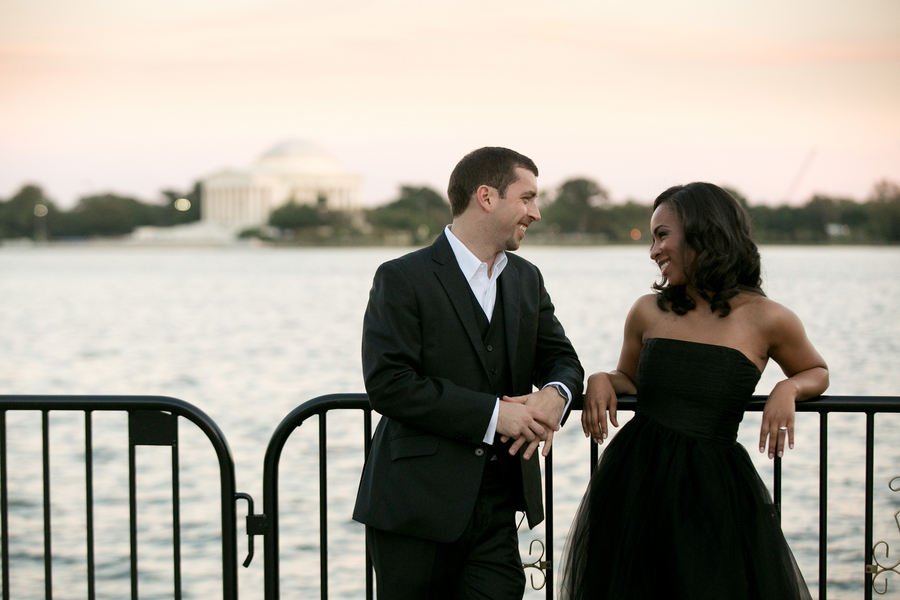 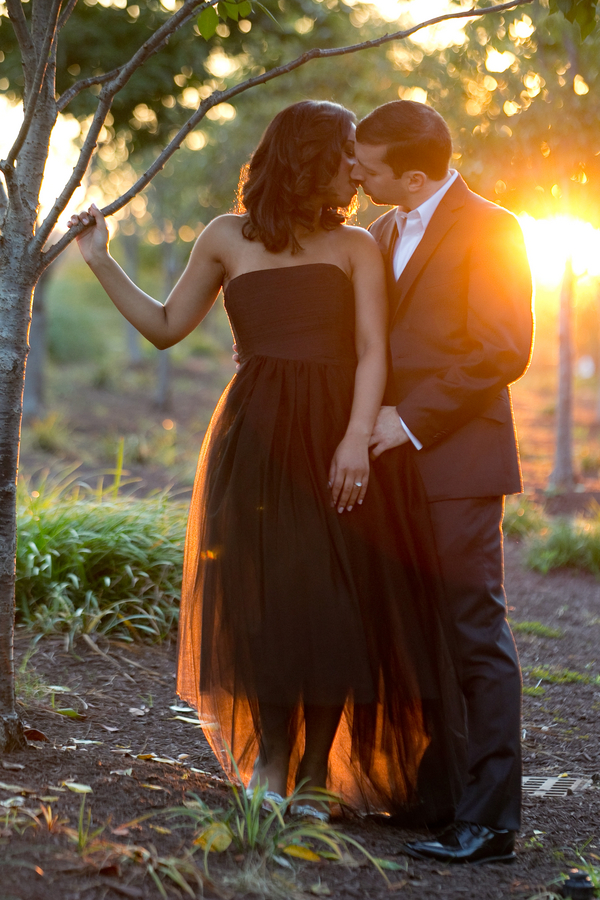 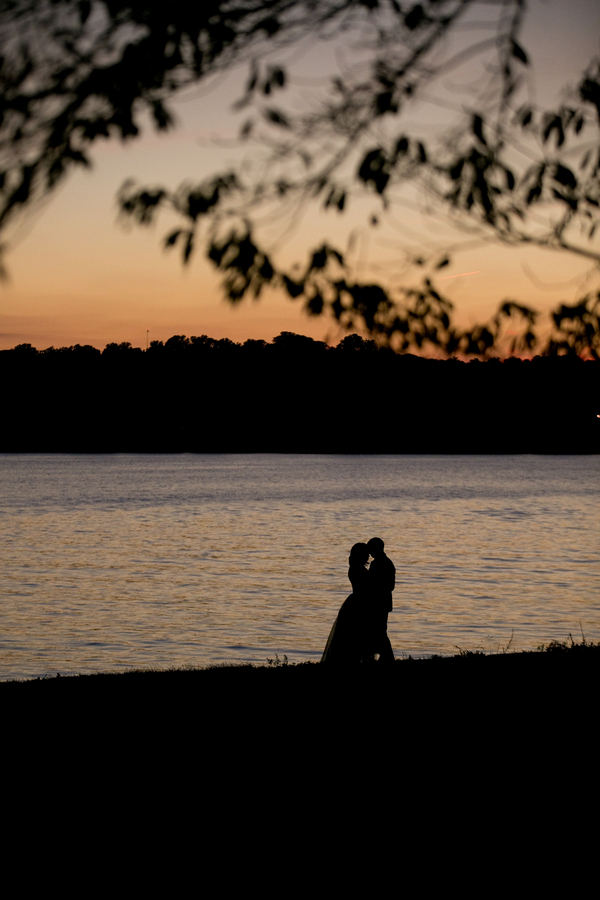 Congratulations Morgan & Tobias! Thank you for sharing your love story with us. A special thanks again to Julie Napear Photography for sharing this DC engagement session with us via Two Bright Lights.