An adorable Washington DC engagement session this afternoon thanks to one of our FABULOUS sponsors, Stephen Gosling Photography!! Cait & Bill (today’s adorable couple) actually found Stephen thanks to Capitol Romance (aka me!) so I love the way this has come full circle for me to now be able to feature their DC engagement pictures! Oh the power of the interwebs. 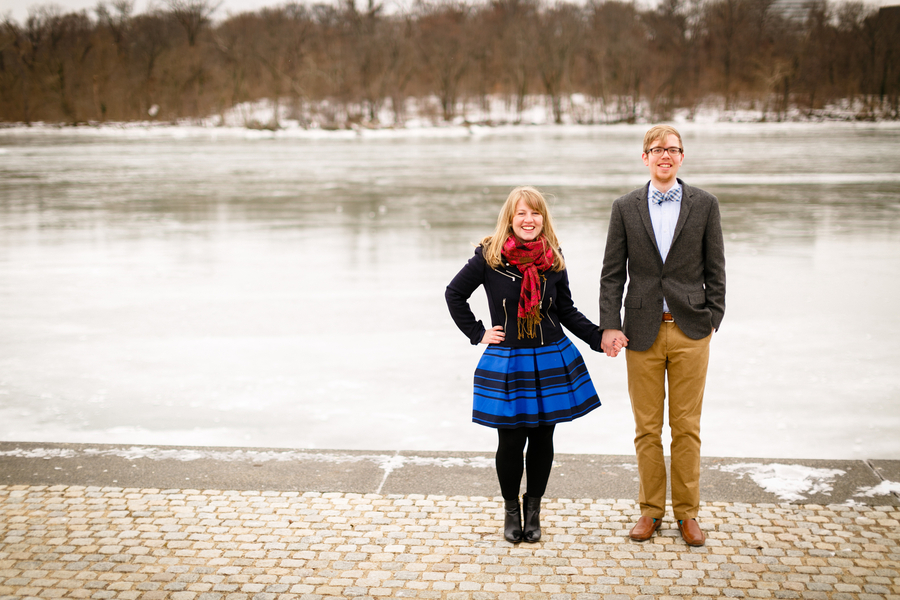 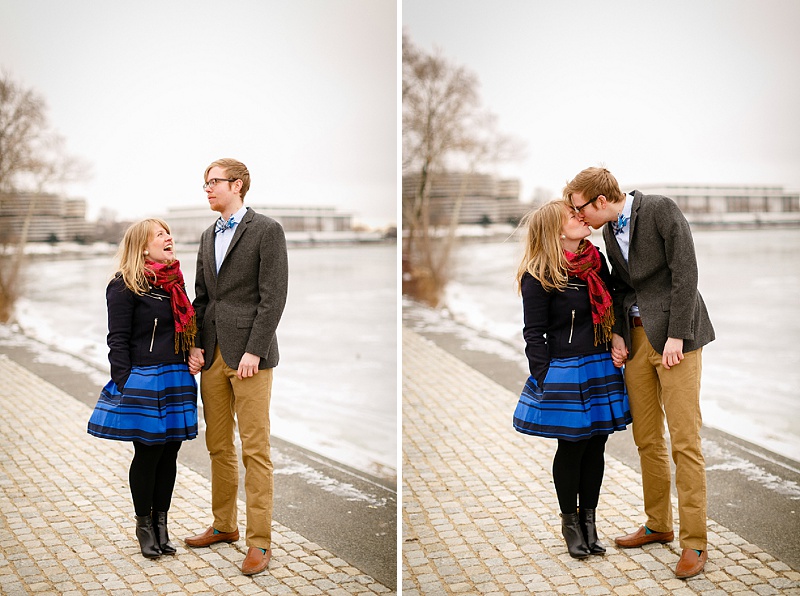 Bill and Cait met on American University’s quad one spring evening in 2006 when a four square game (or box ball, nothing to do with the app) broke out in front of Mary Graydon Center. When four square became a nightly endeavor, we quickly started talking in the hours outside of court time. After developing a friendship, months later, one thing led to another (as these things tend to do). While the two were chatting over AIM, Cait asked the seemingly innocent question, “What am I going to do with you?” The next thing she knew, Bill was at her doorstep with a kiss and the two have been together ever since. 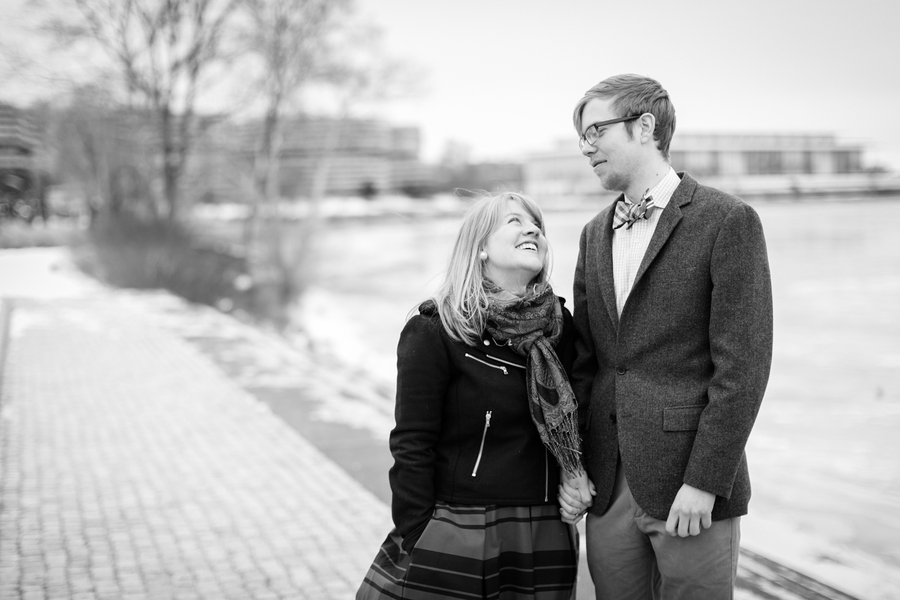 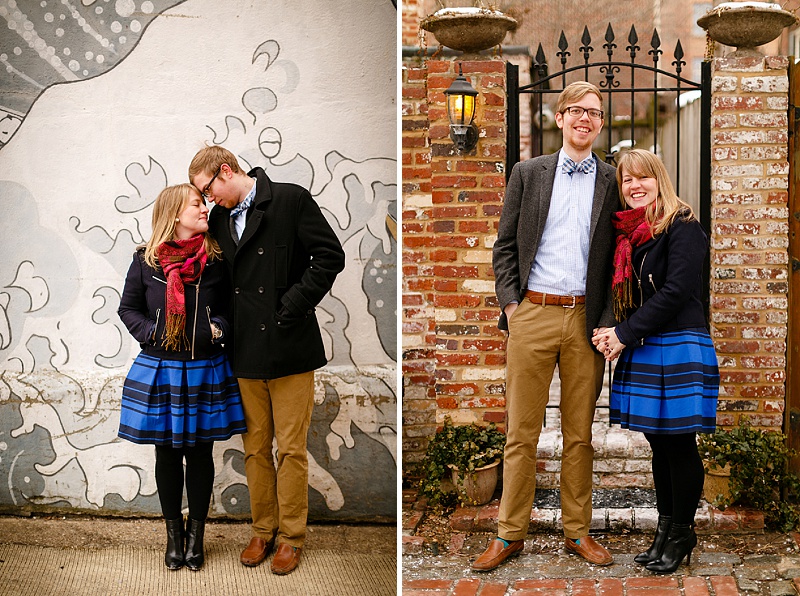 Click inside for the rest of Cait & Bill’s Georgetown engagement pictures & love story ~ including the proposal and a look at Cait’s STUNNER of an engagement ring! 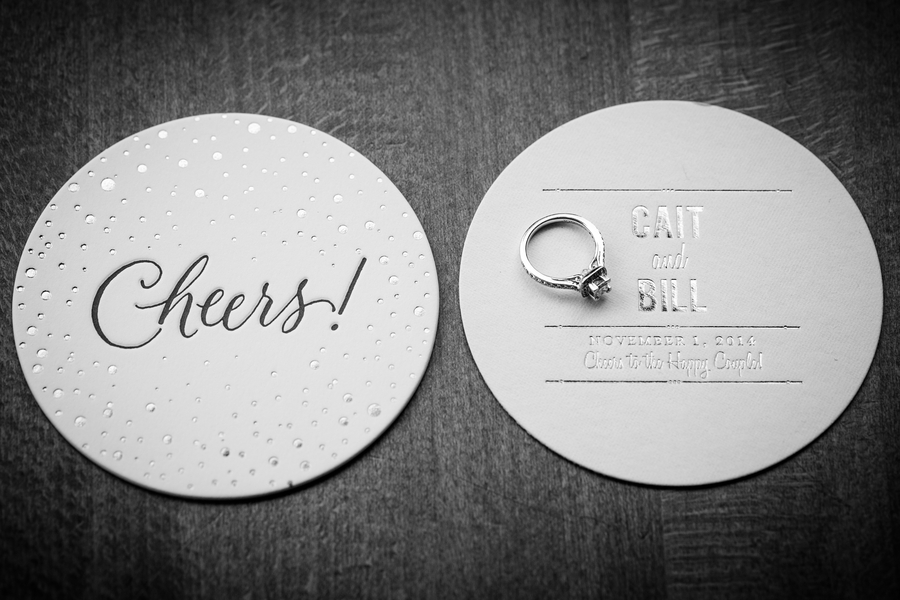 Fast forward to spring 2013, Cait suggested going to see the Cherry Blossoms blooming around the Tidal Basin. This played right into Bill’s hands as he concocted a plot to propose. That Friday after work, Bill led Cait down to the Tidal Basin. As sneaky as ever, Bill lined up two members of their future wedding party to hide and be ready to take pictures of the moment. To give them enough time, he uncharacteristically lollygagged through every monument on the walk over. Bill played the consummate tourist while surreptitiously texting with his friends as he “took pictures” on his phone. As the couple approached the pre-determined site, a small dog was running off-leash along the water. Distracted, Cait turned around to check out the pup, and Bill whipped out the ring and got down on one knee.

When Cait turned around, Bill proposed, and his wife-to-be said yes! Their friends came out of the woods where they were hiding (not creepy at all) with a bottle of champagne and some great proposal photos in-hand. The four of them drank champagne from solo cups (gotta keep it real) along the Tidal Basin and watched the sunset before the newly engaged couple went off for dinner. Bill and Cait will get married in November at the Carnegie Institution for Science in Dupont Circle. 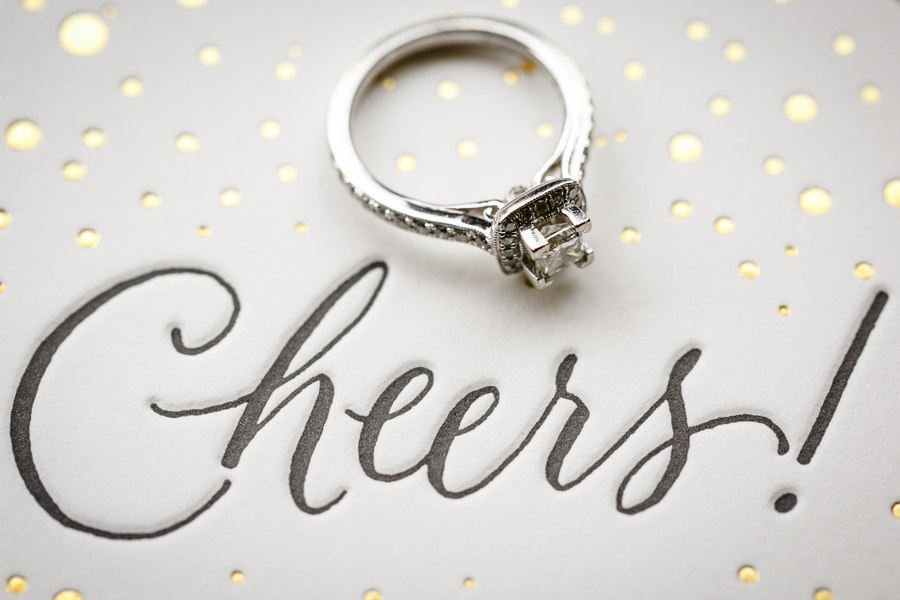 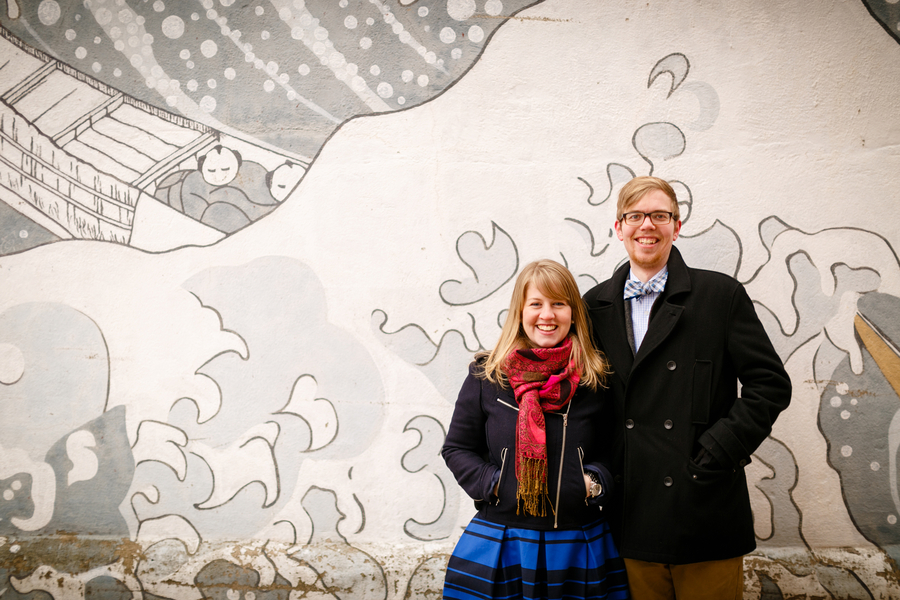 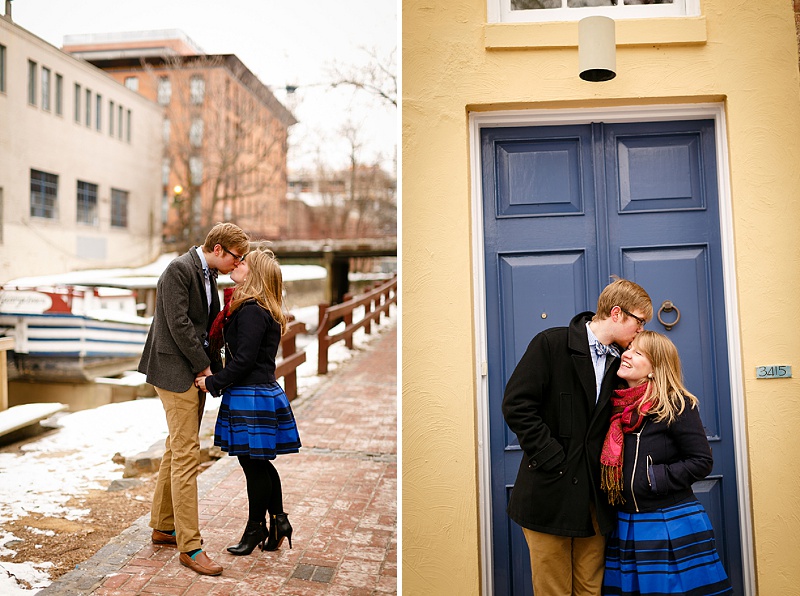 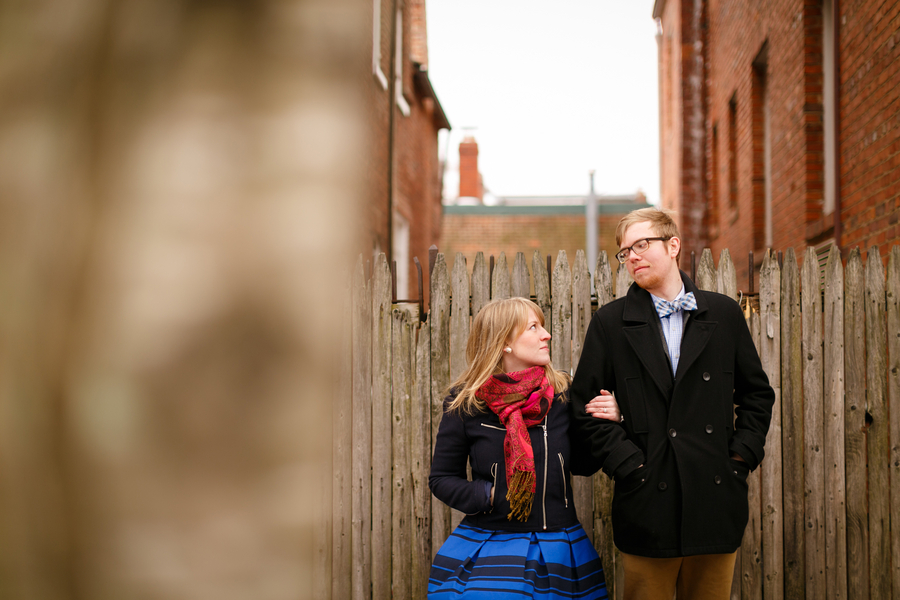 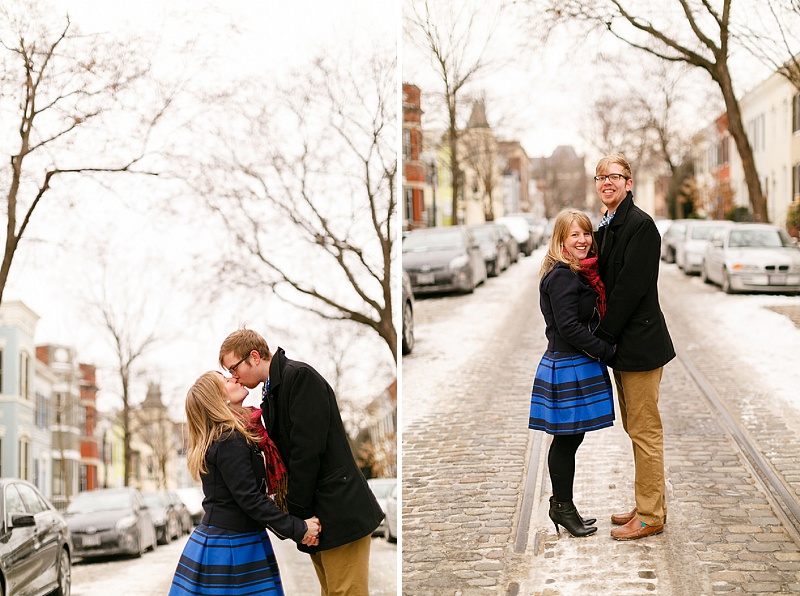 Congratulations Cait & Bill! Cannot wait to see pictures from your DC wedding this Fall! A special thanks again to the wonderful Stephen Gosling Photography for sharing his images with us!