It’s Monday. Are you looking forward to tackling another week? I can’t lie, I really enjoyed the winter weather we had yesterday. It really gave me that final push into the holiday season. I baked some [paleo] Christmas cookies, hosted a Friendsgivingmus and attacked some of my client gifts. Andy built us some shelves in the kitchen yesterday too – so all in all, a pretty productive weekend here at the Rybacks :)

Today’s engagement session comes to us from the wonderful Wolfcrest Photography, who you might remember from Catherine & Kevin’s intimate Fall Virginia wedding that we featured last week. We have an adorable, laid-back couple that met through Friends and decided to get married 6 years later in their relationship. Enjoy! 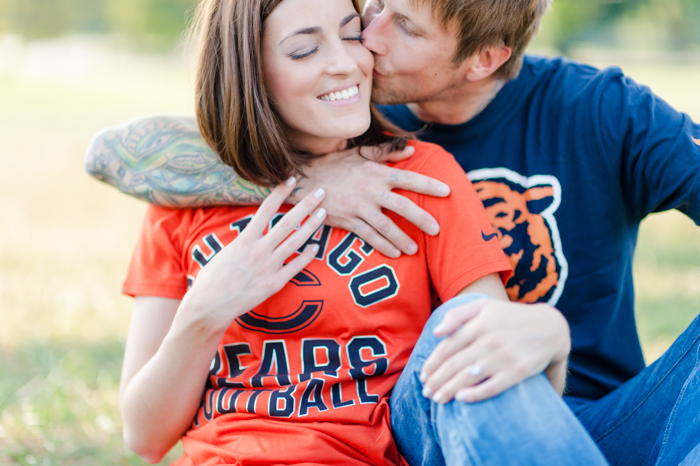 We’re Pete and Kelly Cathell. We met six years ago while we were out and about with friends at the Bank restaurant. And as we were talking and getting to know each other Pete told me he was going to marry me one day to which I told him he was a little crazy. So we dated for a few months but went our separate ways when the summer was over. We spent about four years apart but both of us kept thinking of each other. One random Saturday afternoon in October, Pete found me and sent me a message over facebook and we started talking just like old times again. I immediately knew that this time was it and we would end up getting married. 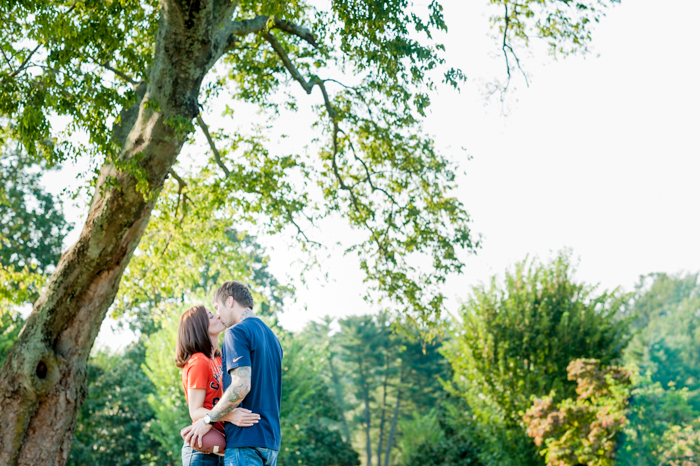 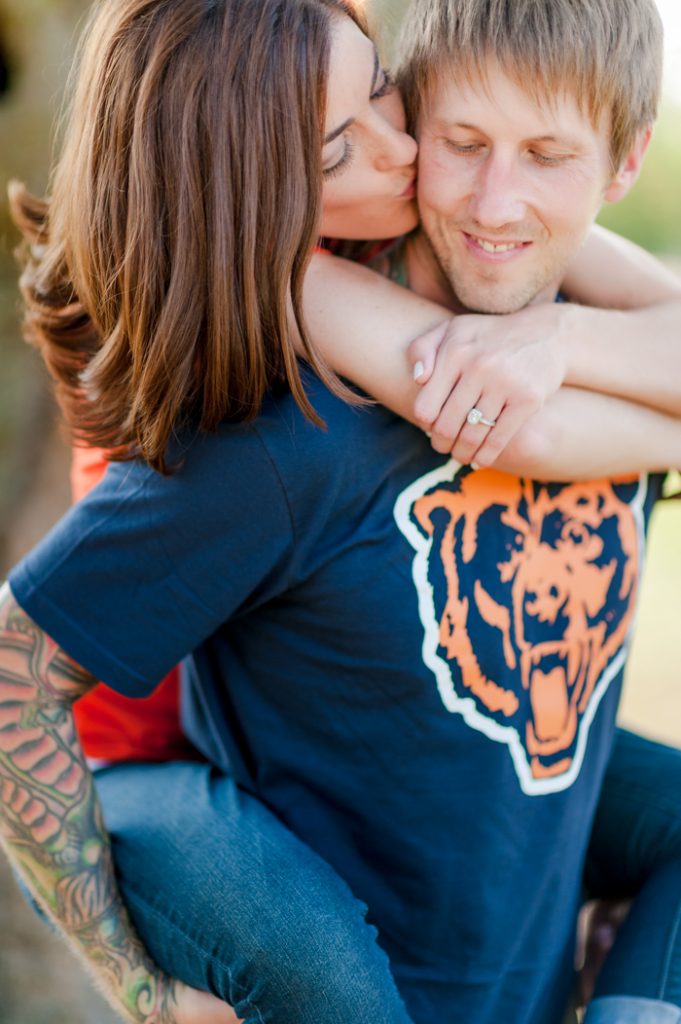 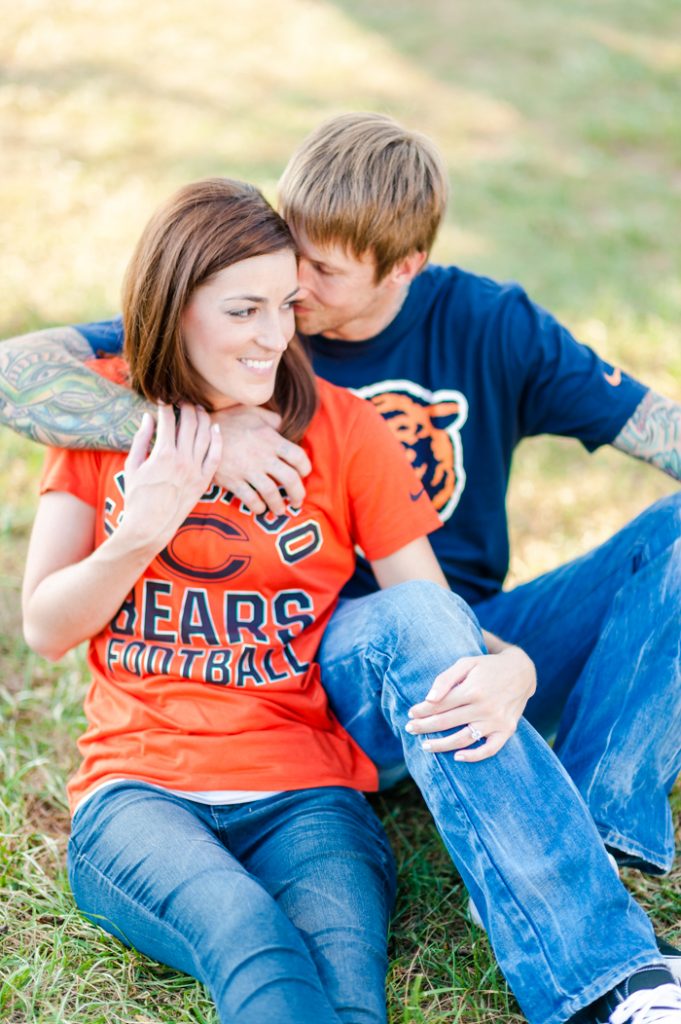 Click inside for the rest of Pete & Kelly’s Richmond, VA engagement session, the proposal story & a shot of the stunning engagement ring!

Six months later on a Monday afternoon he took me back down to the Bank and proposed in the same spot he originally told me he was going to marry me six years before. Then a year and a half later we got married! 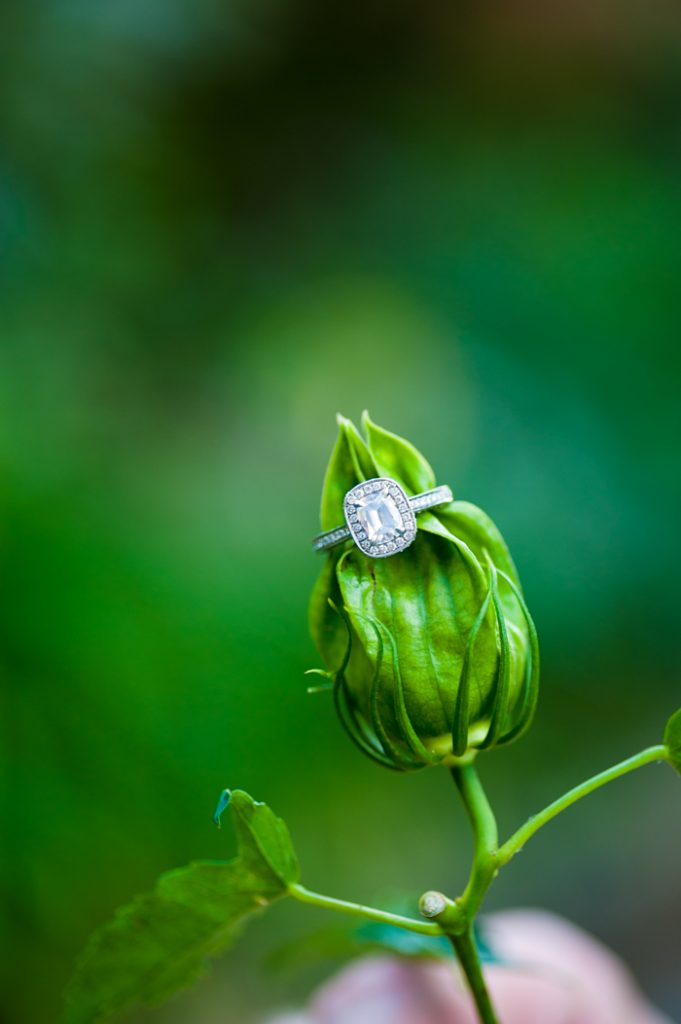 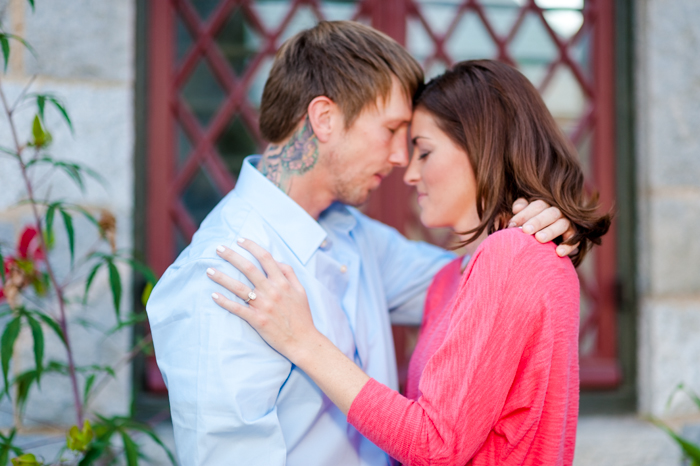 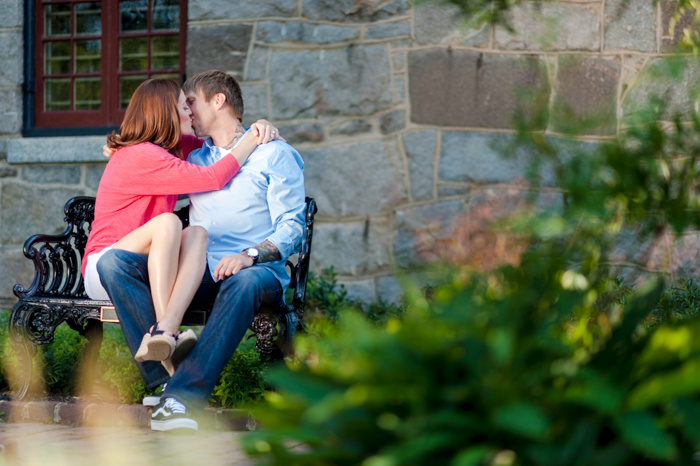 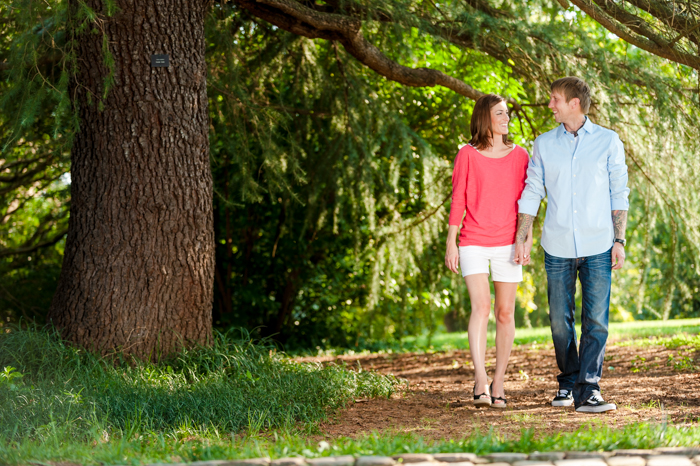 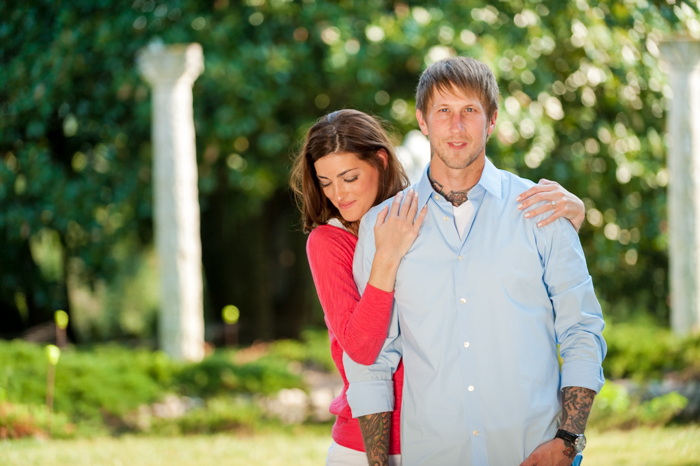 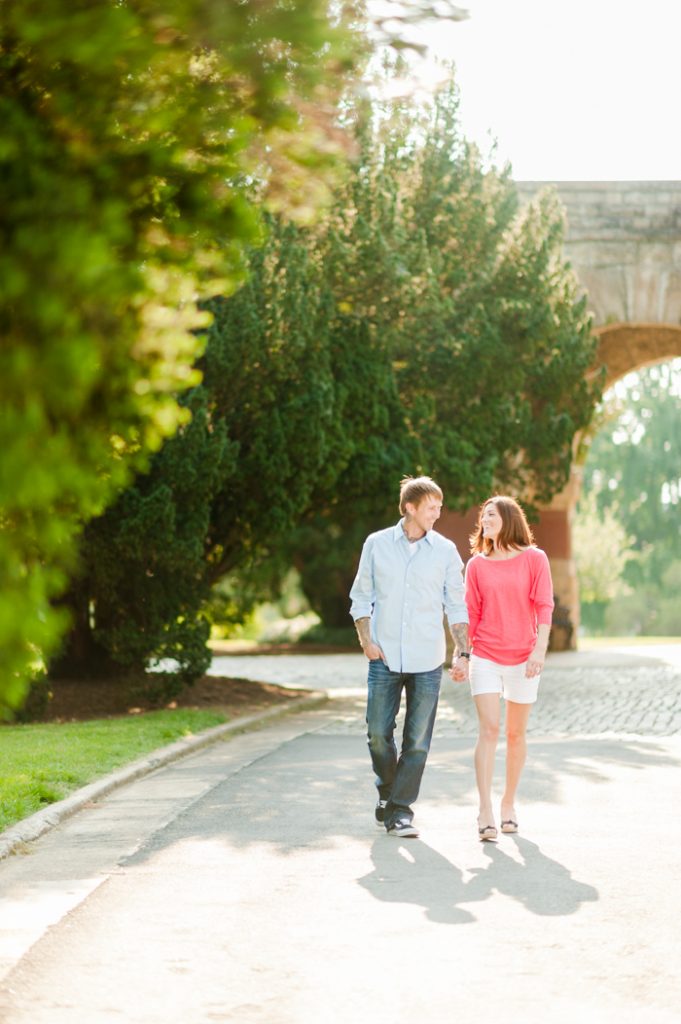 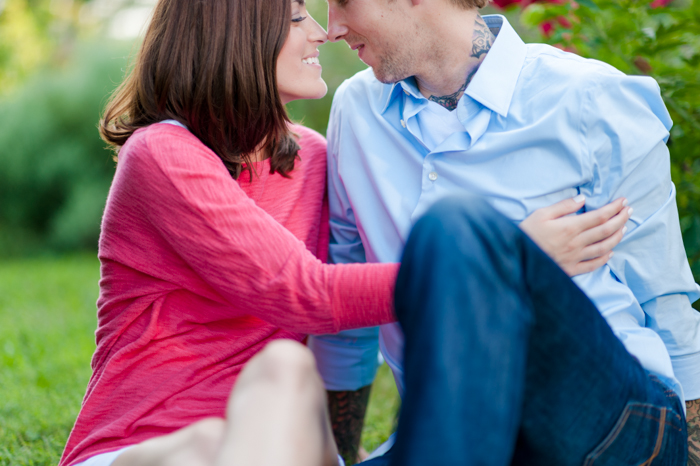 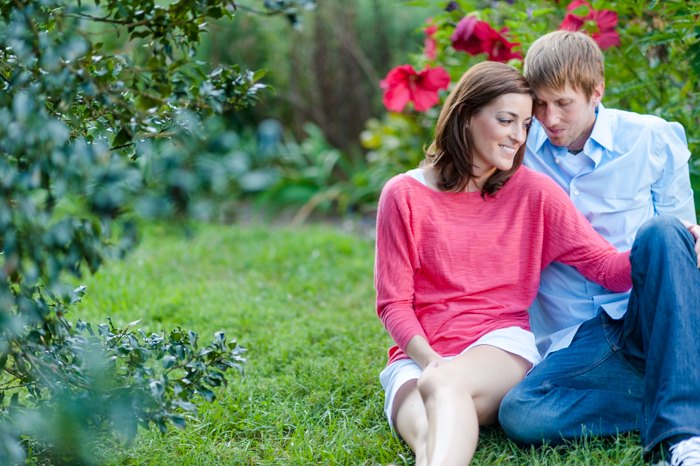 Congratulations Pete & Kelly! Thank you for sharing your love story and gorgeous Richmond, VA engagement pictures with us! A special thanks again to Wolfcrest Photography for sharing her images.