This afternoon’s DC engagement session has some of my favorite things! An adorable couple, a true DC-romance love story, the CUTEST dog, and the choice to take engagement pictures in their neighborhood where they met have have fallen in love! Photographer Noe Todorovich shares, “Chelsey and John originally met at Columbia Heights Day in 2010 and also have been living in that neighborhood for a while now. For the shoot, we incorporated the neighborhood and some murals and mosaics…and their recently adopted precious pup! I loved how they worked in their roots!” Let’s get this feature going! 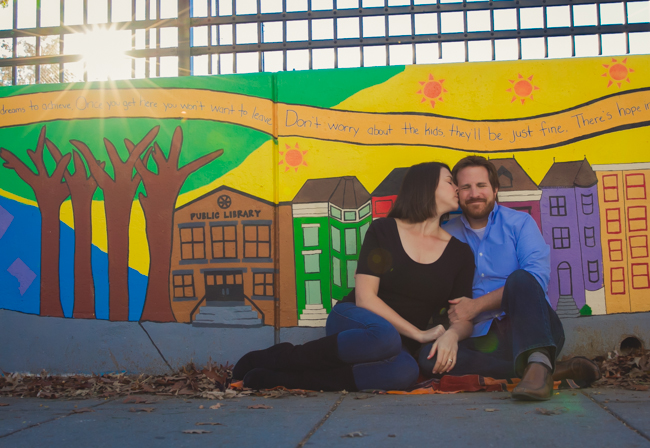 From her POV: John and I met at Meridian Pint during Columbia Heights Day 2010. John was representing DC Bocce League and I was there helping sell Columbia Heights Bar Crawl cups with a friend after being stood up by a blind date. John was incredibly sociable and charming…and even bought me a sympathy drink for having been stood up!

From his POV: We met at Columbia Heights Day in 2010 — she was an event volunteer and I was running bocce games there. I immediately thought she was very funny and easy to talk to. Plus, she was extremely upbeat for someone that had just been stood up on a blind date (all good things). 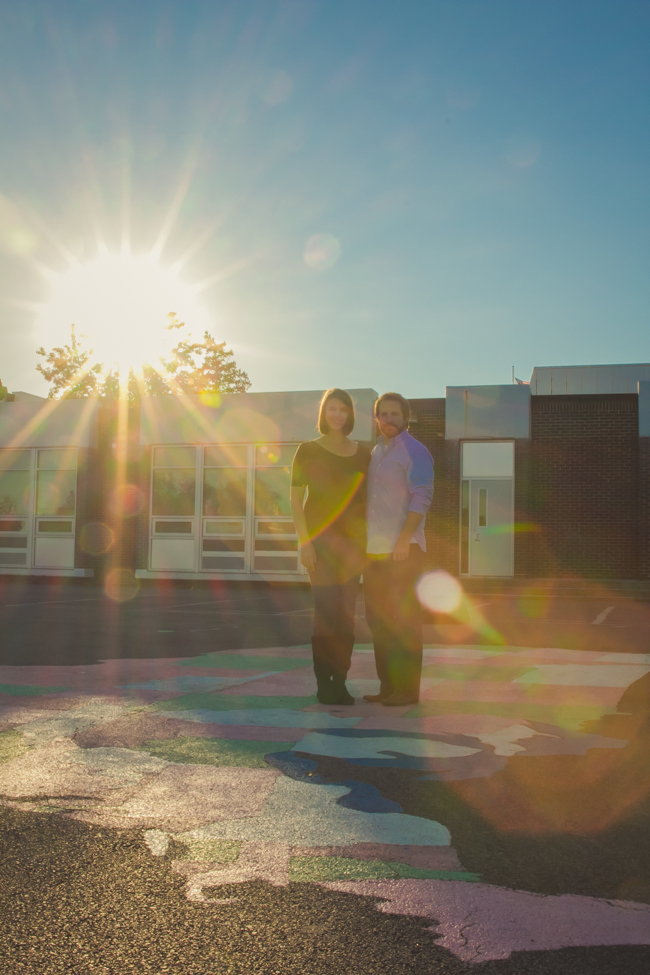 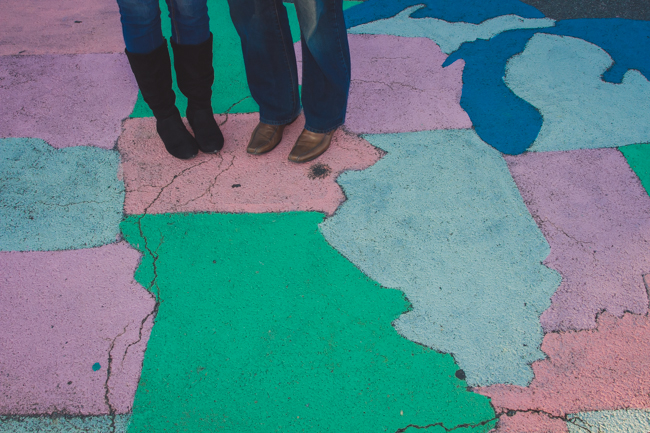 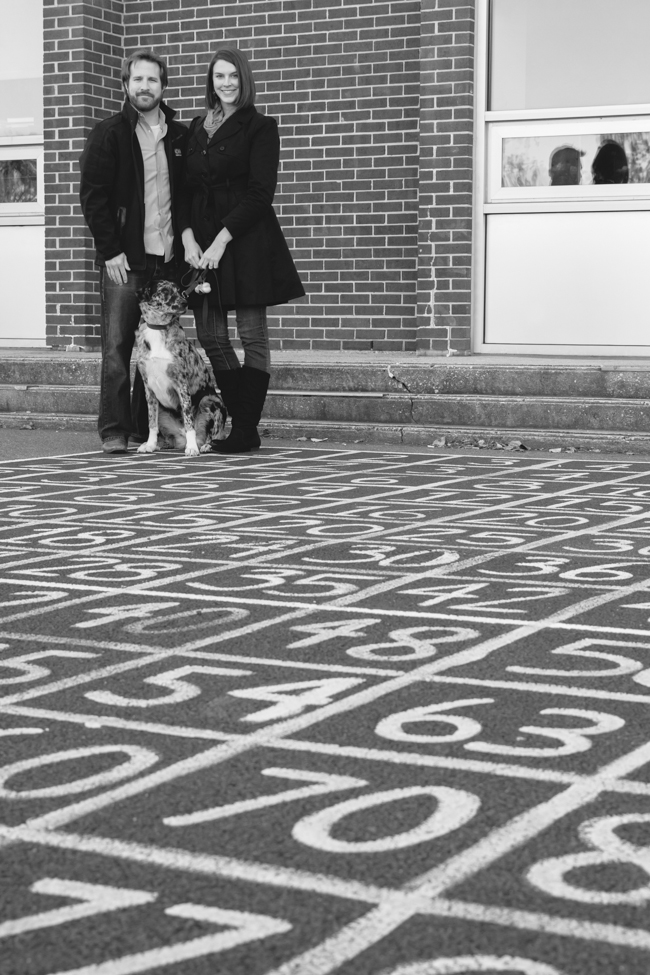 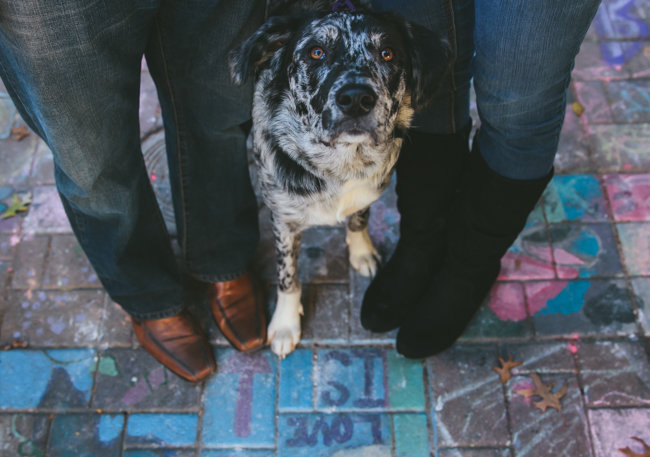 From her POV: After a delicious three year anniversary dinner at Sou’Wester (in the Mandarin Oriental Hotel), John suggested that we go for a walk. A short walk later and we were enjoying beautiful views of the Jefferson Memorial from the Tidal Basin. We continued to the National Mall and headed towards the WWII Memorial. When John suggested that I take a picture in front of the Iowa pillar I jumped at the opportunity (I LOVE my homestate). John then brought out my anniversary card to open (I had impatiently left one of his cards to open that morning but I hadn’t yet opened mine). The card was a customized Story People card – one of my favorites, “Kindred Spirits.” I opened the card and was immediately in a state of happiness/shock. The card read, “Chelsey, will you marry me? P.S. I love you – John”

When I looked up from the card, John held my hands and told me how much he loved me before getting down on one knee. He then asked me to marry him. I, of course, exclaimed, “YES!!!” followed by a few surprised expletives.

John put his Grandmother Dorothy’s ring on my finger (after confirming which finger it should go on) and my face has been hurting from smiling ever since! 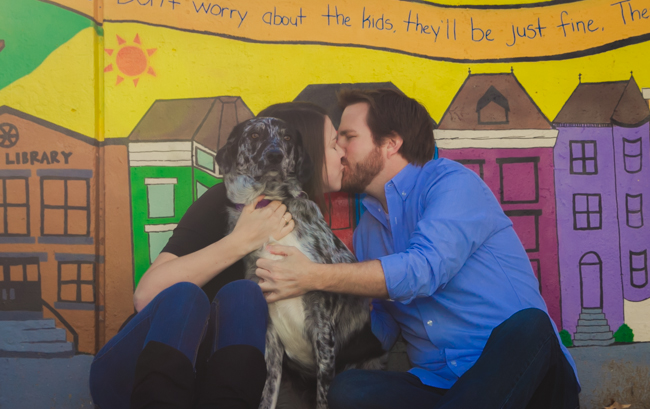 The night continued with champagne and excited calls/texts in the back of a car John had hired for the occasion. We drove around the National Mall enjoying the sights & sharing the news of our engagement with friends and family over the phone. Our evening ended at POV (the rooftop bar at the W Hotel) with an AMAZING view and complimentary bottle of champagne.

I could not have imagined a more perfect evening — John is truly the most thoughtful and wonderful man and I cannot wait to marry him on September 27, 2014!!! 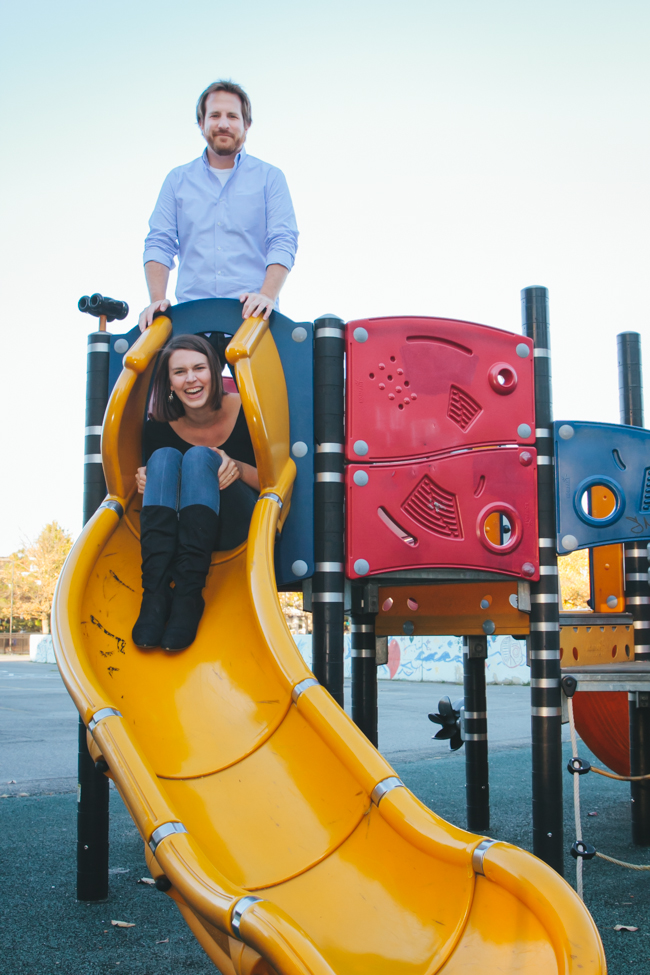 I love how much Chelsey loves her home state of Iowa and home town of Decorah, and I wanted to work that in to our evening somehow. The National Mall is one of the most picturesque places in DC and somewhere Chelsey and I have always liked walking through, though we do it rarely. Those two thoughts led me to the WWII Memorial and the giant columns for each state, including Iowa. The Mandarin Oriental is just a mile walk from there so it was a great cover for our anniversary dinner, and Sou’Wester restaurant did a phenomenal job with the custom meals and menus for our anniversary. 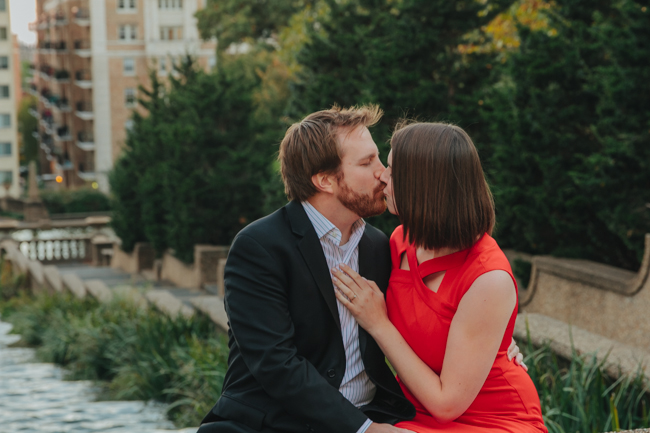 From there we walked through the Tidal Basin and the Mall to the Iowa spot at WWII, where I tried to find a clear opening from tourists but to no avail. I’d brought my Grandmother Dorothy Groth’s wedding ring (graciously given to me by my Aunt Chris) and a sort of custom Story People card, which are made in Chelsey’s home town and she is a big fan of. I had been very calm all day, and since I made the decision to propose a months before, which I told Chelsey from one knee…though the circling tourists threw me off a little. I asked and happily, she said yes! After a few photos, a town car with champagne that I’d reserved picked us up and we were off to enjoy the moment, the sights, and for Chelsey to spread the news as quickly as possible while we drove around. We ended the night over looking the Mall from the rooftop of the W Hotel. 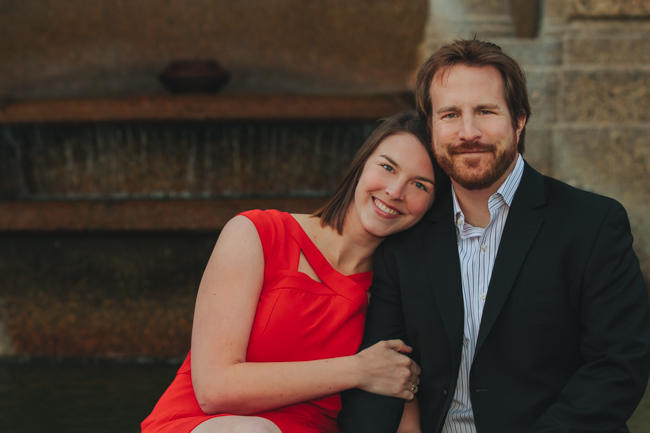 Congratulations Chelsey & John! Thank you for sharing your love story and DC engagement session with us! A special thanks again to Noe Todorovich for sharing the images in today’s feature.

Wedding Music That Doesn’t Suck: “You Are the Best Thing”