“From the minute I laid eyes on her I’ve wanted to be with her. Jannel is my best friend, I love her unconditionally and am the happiest man on Earth to have her by my side. ”

But enough from me, I’ll let Jannel, Matthew & the beautiful images speak for themselves! [Submitted via Two Bright Lights] 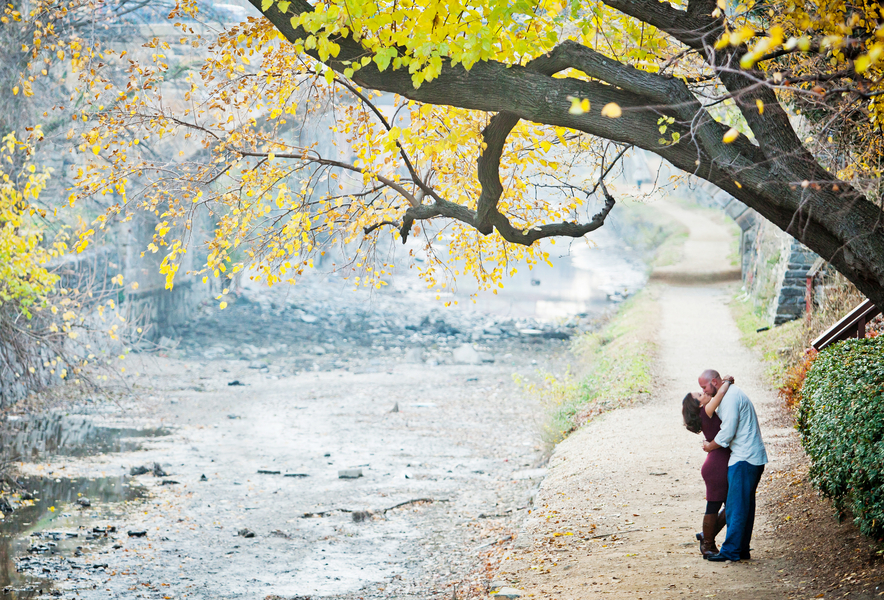 From the Bride to be on their DC engagement shoot

I wanted to have our engagement photos in Georgetown, DC because I love it there! It’s historical, it looks like an old town and it looks like something from the movies. The first time I went to VA to visit Matt, he asked me to be his girlfriend.

He took me to DC and we walked around all of DC, saw all the monuments, cuddled on the train, it was snowing and we held hands the entire time! It was really romantic to me. So VA and all it’s historic sights and old towns all remind me of our courtship. Matthew and I met in the most random place. I worked as a receptionist at a Candlewood Suites Hotel on the weekends to make some money for school, and on my second weekend working there I saw him. I was instantly attracted to him and my eyes followed him across the lobby!! Throughout the time I was at work during that weekend he attempted to get my number by calling from his room because he was too shy, and he got rejected.

As he was getting a late check out on Sunday afternoon, he told me he was checking out late in hopes to see me again. My heart melted right then and there. And we have talked everyday since!! Our wedding website has the full on details! 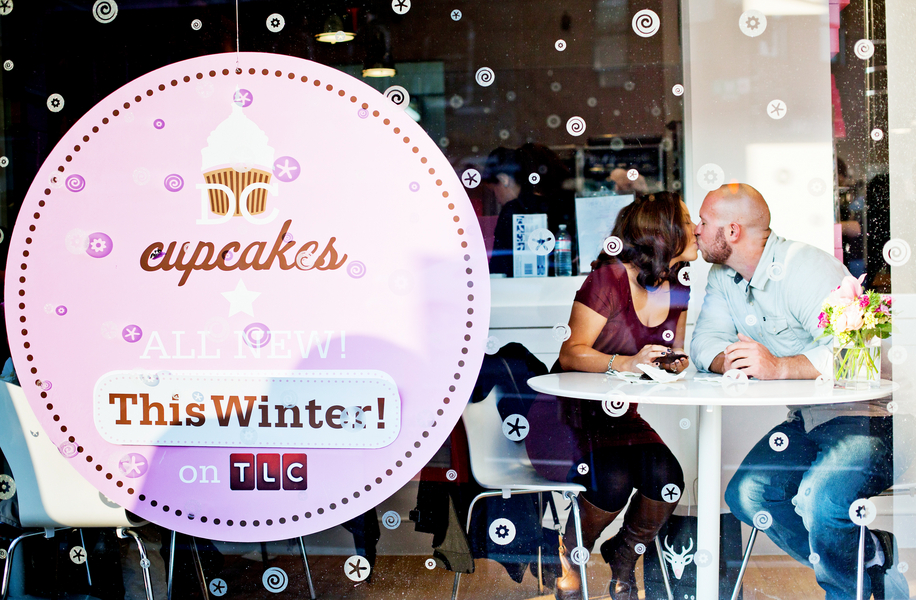 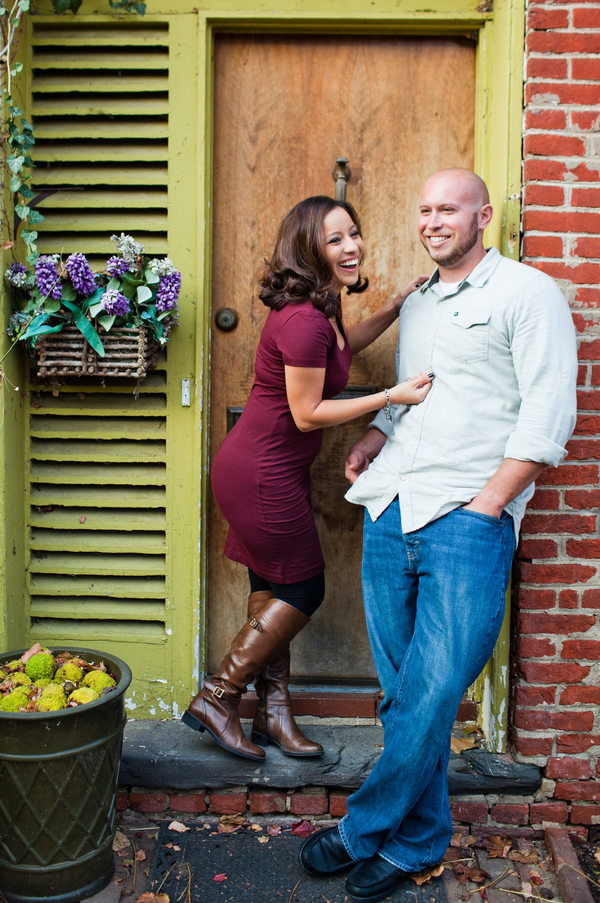 Click inside for the rest of this beautiful DC engagement from Photo Lady Love, including the proposal story AND upcoming details on their Virginia farm wedding!

We already know how Matt feels about Jannel (see beginning on this post) but here’s some things Jannel loves about Matt:

Well I hope I don’t get my waterworks going! The moment I met Matthew, without sounding corny or cliche, I felt like something inside me changed! Even though I had no intention of talking to him, I couldn’t stop thinking about him from the moment I saw him! I never expected to be in a 2 and half year long distance relationship when I only got to see him once a month for a couple of days. That once a month thing turned into 2 months here, 4 months there, 7 months over there! It was hard! But for some reason, I never allowed myself to give up. 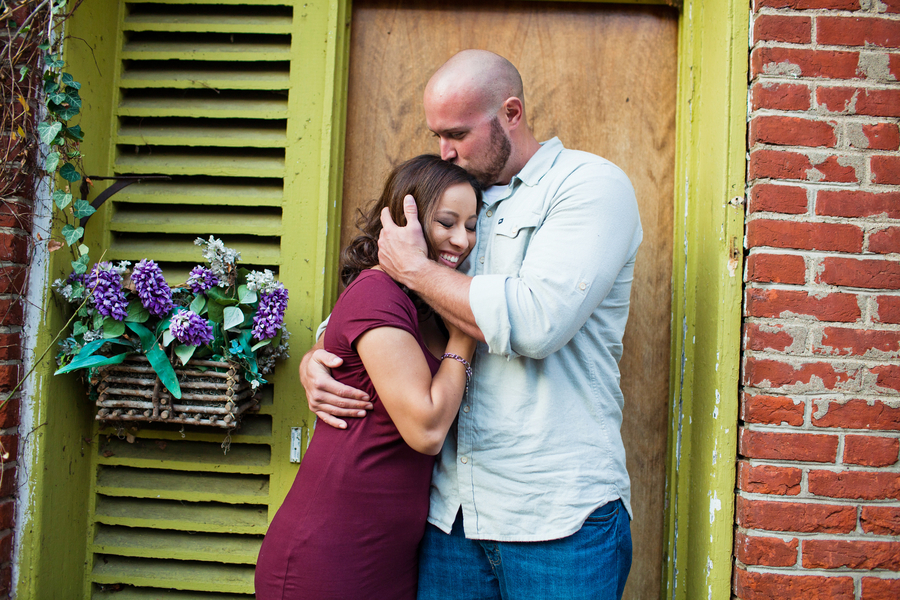 He is so attentive, loving, caring, he listens to all of my gossip and stories, he gives me the best kisses at the most random moments and he is the most hilarious imitator of me and his mom. On top of that he’s been overwhelmingly supportive of everything that I do! He pushes me when i don’t think I can go anymore and believes in me more than I probably believe in myself. He’s driven and ambitious, he treats me like a queen, there hasn’t been a thing in this world that I have asked for and didn’t receive! AND he’s handsome!

Matthew has changed my life so much in so many good ways, I can’t wait to see what’s in store for us, the good the bad and the loving! 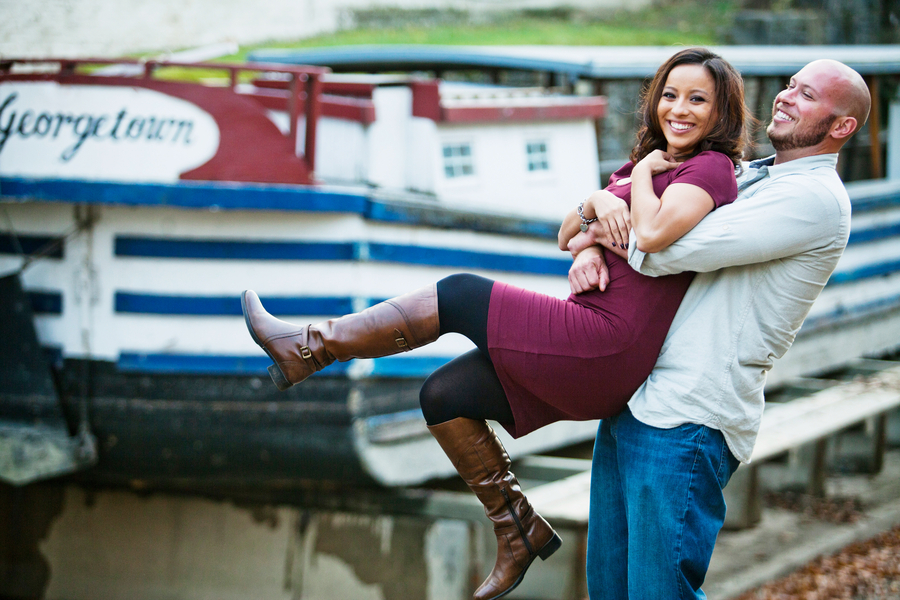 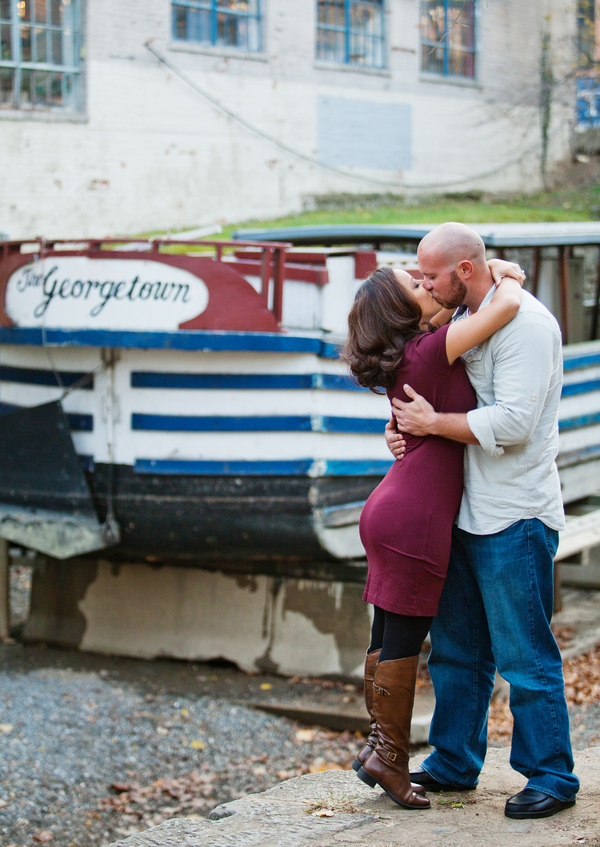 Matt proposed a year after we started dating. He took me snowboarding for my first time at Snow Shoe Mountain in West VA.

We met his dad and some close friends at the ski resort and in the middle of the day, Matt dislocated his knee and could barely walk. We had to end our day a little early because Matt was in pain. I went to the truck to warm it up and put our things away so we could leave and as I was sitting in the driver’s side getting things organized, Matt opened up the door and told me, ” I’m sorry this is a shitty way of asking, but will you marry me?”

Poor thing was in pain and wanted to propose at the resort. I didn’t believe him at first so I said, “Are you serious right now?”, and then he pulls out the RING!! It was awesome!

^haha i love this proposal – so no-nonsense. 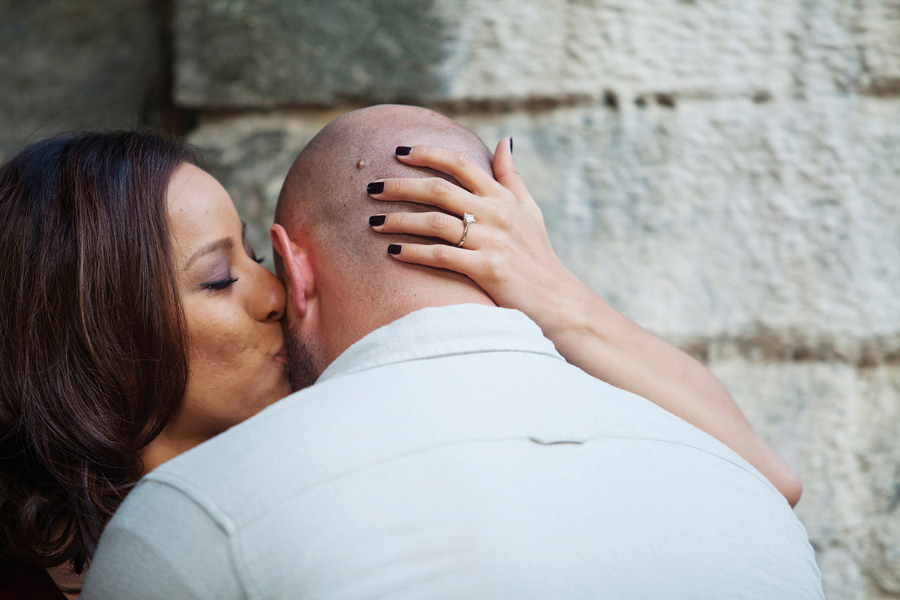 On their upcoming, Virginia wedding:

We chose to get married in VA because we didn’t want to make both families travel by plane. All my family is in California, I live in Houston, and Matt lived in Virginia. Also, VA is crazy beautiful and we got offered to have our wedding at a beautiful farm! Everything just fell into place for the wedding in VA, and most of our relationship happened in VA. Congratulations Jannel & Matthew! Thank you for sharing your beautiful DC engagement and love story with us! A special thanks again to Photo Lady Love and Two Bright Lights for making this engagement feature possible.