Happy Monday Romancers! I am really excited to share today’s session by Love by Serena [submitted via Two Bright Lights]. Not only is it a beautifully shot love shot at the Hendry House in Virginia, but the couple’s love story is really sweet AND the bride to be, Misato, is a display coordinator at Anthropologie, so her fashion sense is envious & her outfits in the shoot are drool-worthy!

This session was really more of a pre-wedding-celebration portrait session. They had their wedding celebration on August 25th and this session was done a couple weeks before that.  They are seriously one of the sweetest couples ever and they’re so, so in-love! 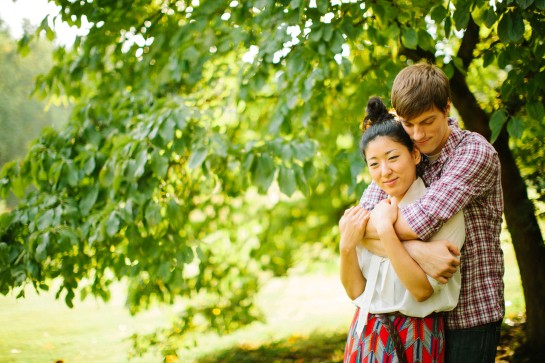 Misato is originally from Japan, but has been in living in the U.S. for 10 years. She has a background in Fine Arts focusing in metal working and jewelry making. She currently works for Anthropologie as the display coordinator. Chris grew up in Northern Virginia and has been cooking from a young age. He was the Sou chef at French bistro restaurant until recently and now he is currently exploring Europe. 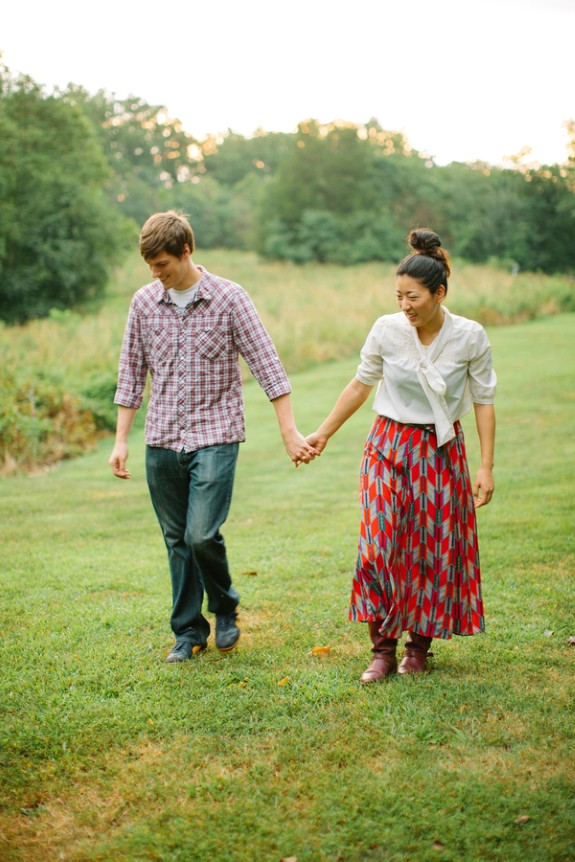 We met at a house party of friends of ours 8 years ago. It was a late night, Misato just got to the party and Chris had fallen asleep on a couch from working long hours as a cook. She happen to pass by him and put a blanket on him, not knowing each other yet. Chris saw her through under his arm and thanked her. We made small talk early the next morning just before Chris had to rush off to work. Chris worked with a mutual friend of ours and asked about who Misato was and she did the same, asking about who he was. When we had our first phone call, we were too excited and too nervous to talk to each other that we both remember the conversation completely differently! 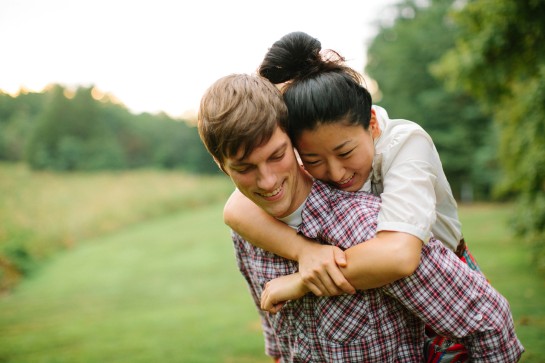 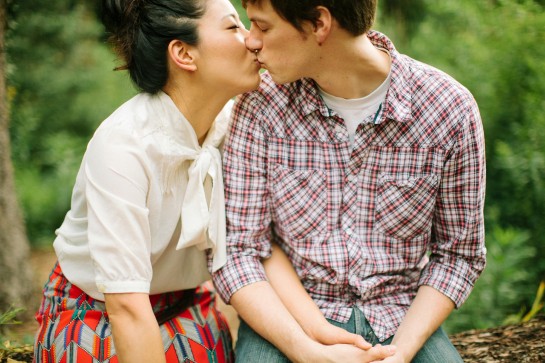 With the help of friends, it did not take us very much time to have a first date and get to know each other better. In just a couple months of dating, we were starting to finish each others sentences, even with little bit of language barrier. After almost three years into our relationship, Misato was looking into going to school in New York for jewelry making , which meant we would be 7 hours away from each others. She had a difficult decision to make, but Chris said to her “We will be together for the rest of our lives, 3, 4 years is nothing compared to the many years that we will get to spend together!”  So she went!

We dated for 6 years before we married, half of which were away from each other. We called each other at least once a day but usually in the morning and night for most days. 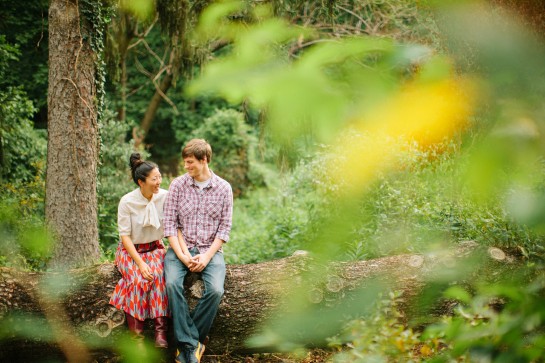 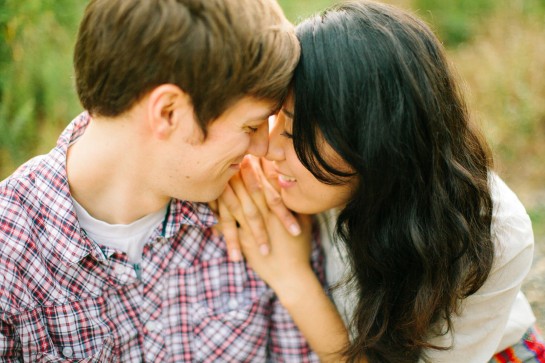 Misato shared this adorably sweet surprise that Chris pulled off instead of a surprise proposal:

Misato had been telling Chris not to get down on his knee nor give her a diamond ring throughout their relationship. She wanted the marriage to be more of an agreement between the two of them, rather than his proposal, however, Chris still managed to surprise Misato with something. After they decided to get married, they went to call Misato’s family in Japan. While sitting in front of the computer, ready to click the “call” button, a video showed up…. Chris’ suprise was that he had made a video with Misato’s favorite songs and pictures of the two of them from all of the places they’ve been, things they’ve done, and the food they’ve eaten together. 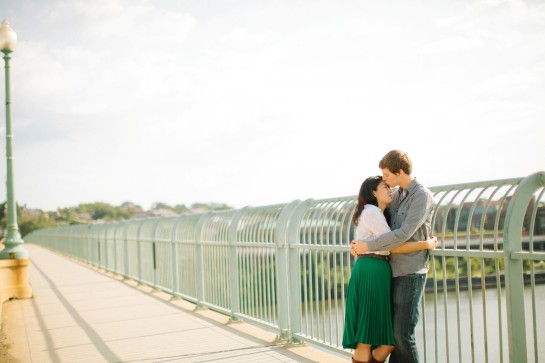 Serena explained that the session was a sunrise session and the couple wanted to have some pictures on this bridge since it was one they walked over together, many times. 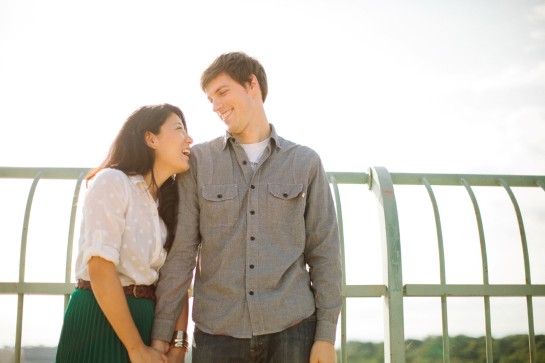 Congratulations Misato & Chris ~ thank you for sharing your beautiful Arlington, VA love shoot with us. A special thanks to Love By Serena and Two Bright Lights for making this northern Virginia engagement submission possible. 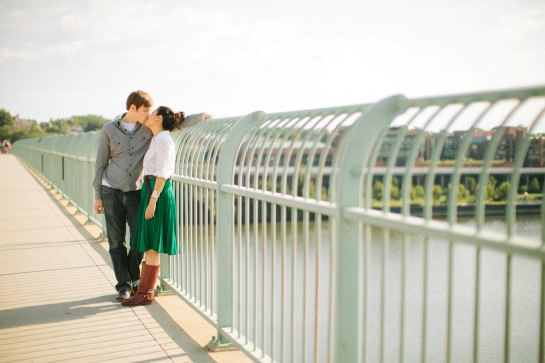