I am STRUGGLING this morning guys. I’ve got to be honest – being a bridesmaid in a wedding is exhausting, I have no idea how vendors work weddings every weekend!!! I give them a ton of credit [as should you!]. So while I take some time to find my happy place this morning, I’ll share this beautiful Washington, DC engagement session courtesy of Michelle VanTine Photography [submitted via Two Bright Lights].

A bit about the shoot from the photographer:

We scheduled the shoot around the blooming of the lotus flowers at Kenilworth Aquatic Gardens in DC. Being Thai, [the bride, Sup] told me that these flowers had a special significance in her culture and so we thought this would be a perfect set for a romantic shoot.

These flowers are rare and stunning. They only bloom for about two weeks a year, and only open for about two hours in the morning. They have this inner glow that I was really happy I could capture in the images. I really enjoyed fusing the art of the session with the beauty of the garden and we were all really happy with how the images turned out. 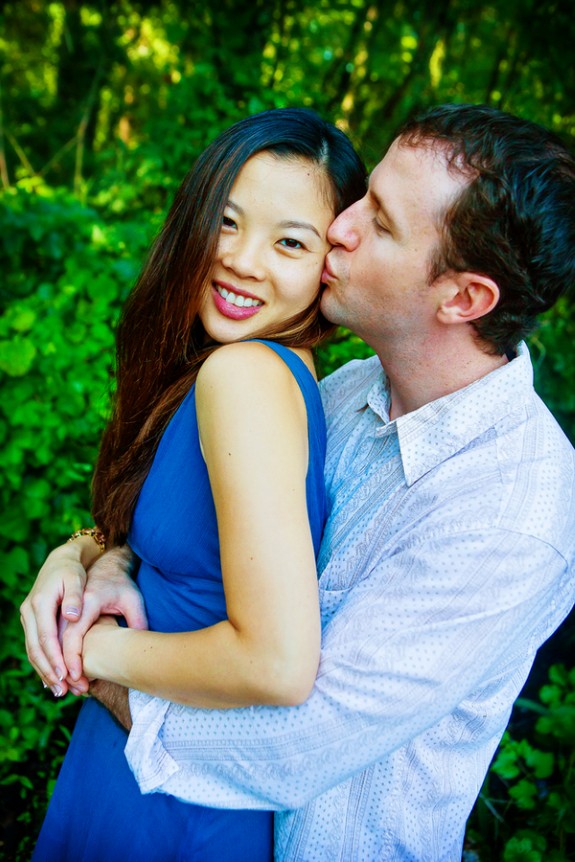 Mark and Sup met through friends.  Mark works in the same office as Sup’s sister, May, and some other mutual friends.  The first sighting was back in June 2010, when Mark and Sup both attended a friend’s barbeque.  Mark noticed Sup then… but decided to lay low and play it cool.  Meanwhile, Sup & Friends were plotting friendly “group” gatherings, in the hopes of giving Sup an opportunity to get closer to this stud.  S

everal misses later (Mark went to a friend’s house to watch a Christmas chick flick, hoping Sup would be there… but she wasn’t), the stars finally aligned in January 2011, when Mark, Sup, and Sup’s hapless, unknowing sister went to watch Country Strong together.  May had no idea she was actually going to be chaperoning a date, but quickly realized what was happening as she sat, silently eating bar snacks by herself, as Mark and Sup hit it off. 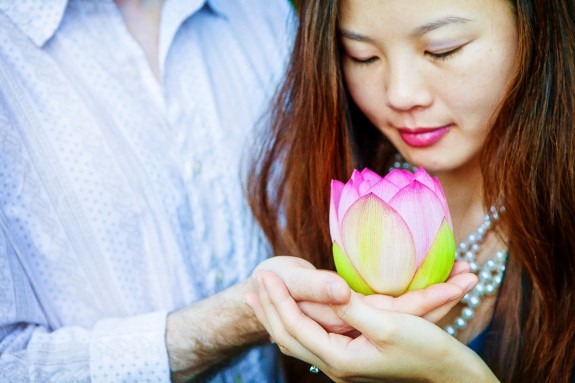 Things heated up quickly from there.  Soon Sup and Mark were emailing inside jokes to each other and planning other “group” hang-out sessions so they could be together.  The final blow came the night of Super Bowl XLV.  After several hours of eating meatball subs, guacamole, wings, and cake with friends, the friends left these two rabid football fans alone so that the real showdown could begin.  As Mark inched closer to Sup, Sup was still wondering whether she was in the friend zone or the end zone.  She soon got her answer when Mark went in for the touchdown and they shared their first kiss. 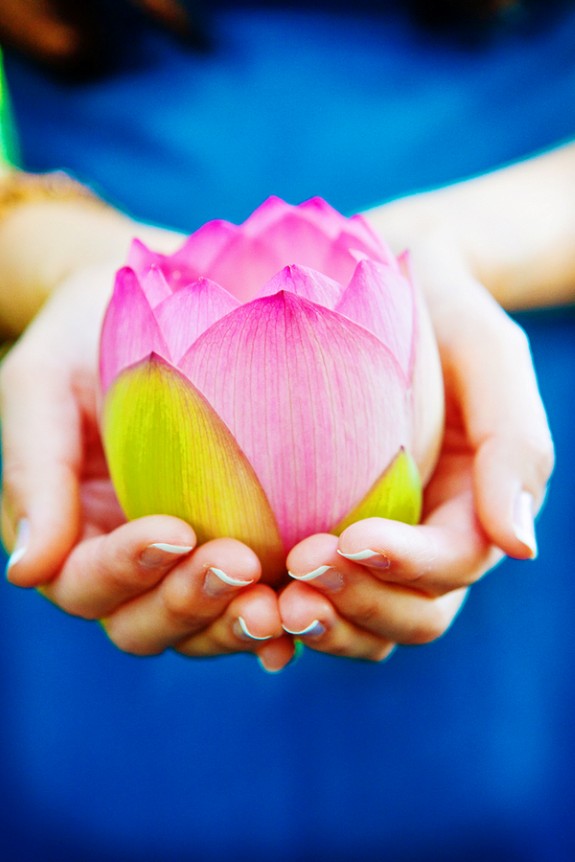 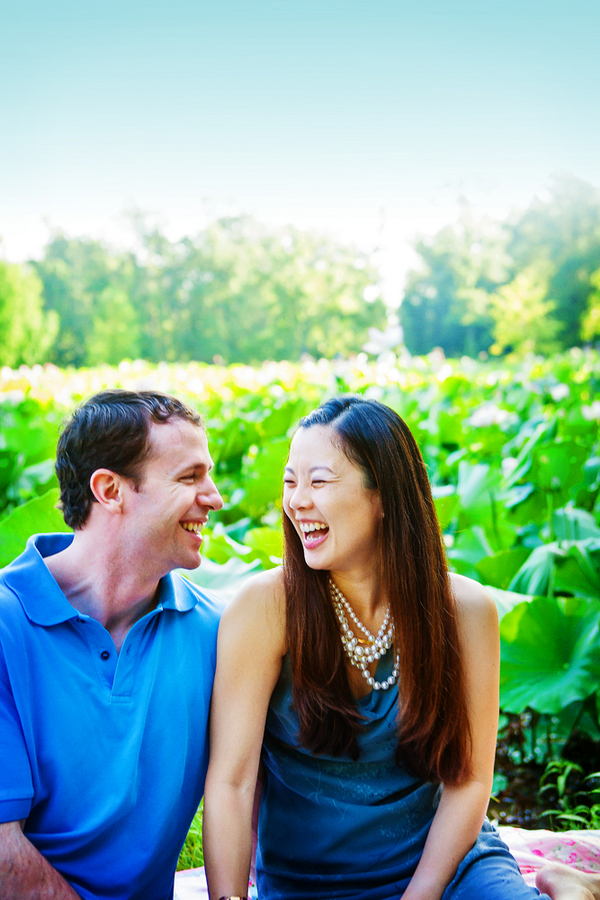 About the pipe cleaners, I was in my art studio with my daughter doing artsy fartsy stuff and suddenly it hit me that I could use the pipe cleaners to write things. I stayed up late that night making up fun words like “Mr” “Mrs” “Will you marry me” etc. I thought it was a really creative and fun ide 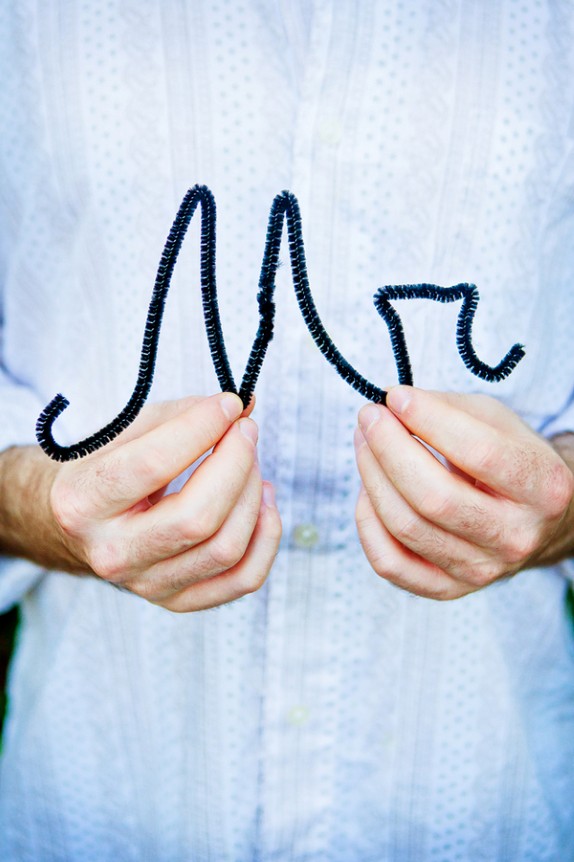 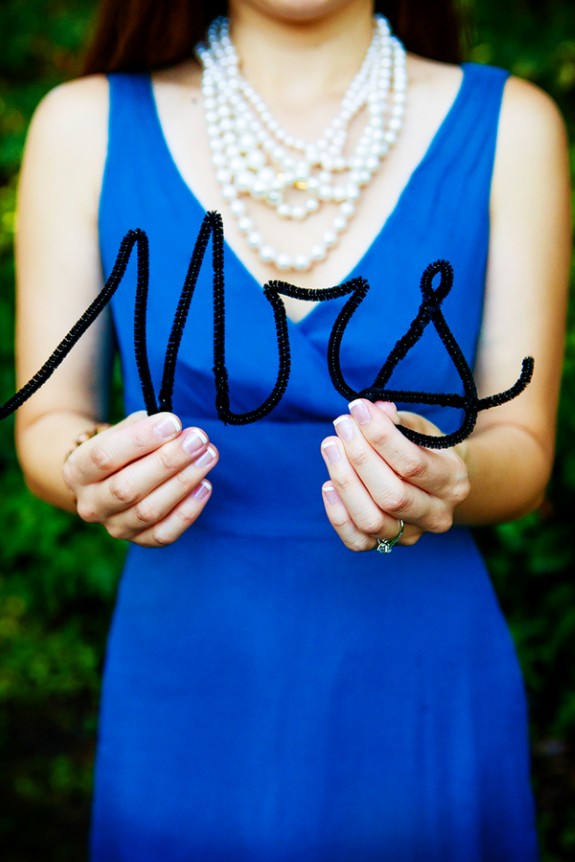 Click inside for the rest of this adorable Washington, DC engagement session!

Since then, they have shared many laughs, meals, and kisses together.  A little over a year after that fortuitous Super Bowl, Mark decided he wanted to be a winner for life and proposed to Sup.

She had spent the day scrubbing down her old family home and had no idea what was coming.  Mark scrambled to get everything together in time while May and Sup’s mom ran interference so that Sup wouldn’t arrive early and reverse-surprise frazzled Mark. 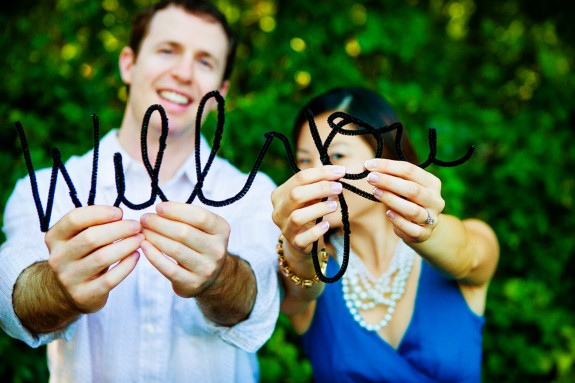 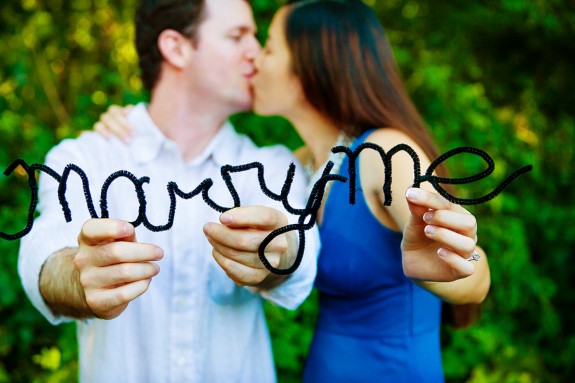 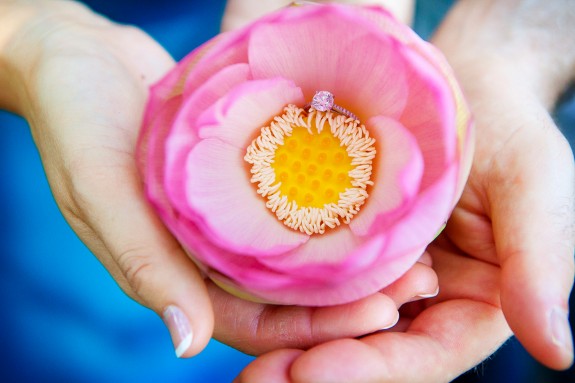 Details on their shoot:

With just a few months until the wedding on November 10, 2012, Sup and Mark did a photo engagement session at Kenilworth Aquatic Gardens, a garden filled with beautiful lotuses of all varieties.  The location was chosen because Mark and Sup had gone on one of their first dates as a couple there, and becauses lotuses feature prominently in Sup’s Thai culture.

With a 10-day heat wave prior to the shoot and Derecho 2012 hitting the DC area just the night before, Sup and Mark wondered whether the lotuses would be melted by the time they arrived for photos.  However, just like relationships full of love, patience, and resilience, the flowers weathered the heat and storms.

Sup and Mark had a vibrant, laughter-filled session, and could not be happier with this snapshot in time of their love. 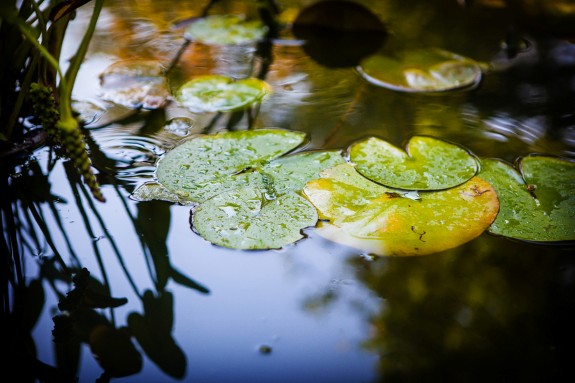 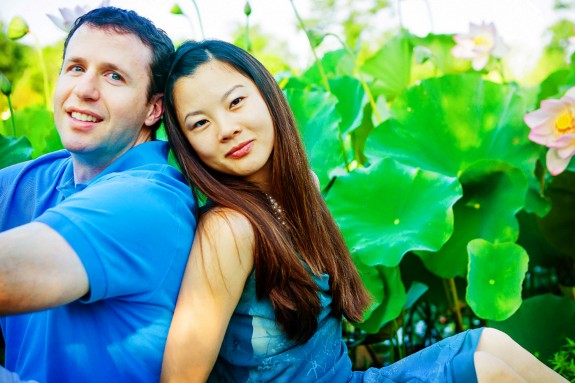 Congratulations Mark & Sup ~ thank you for sharing your beautiful DC engagement with us! A special thanks again to Michelle VanTine Photography & Two Bright Lights for making this engagement feature possible. 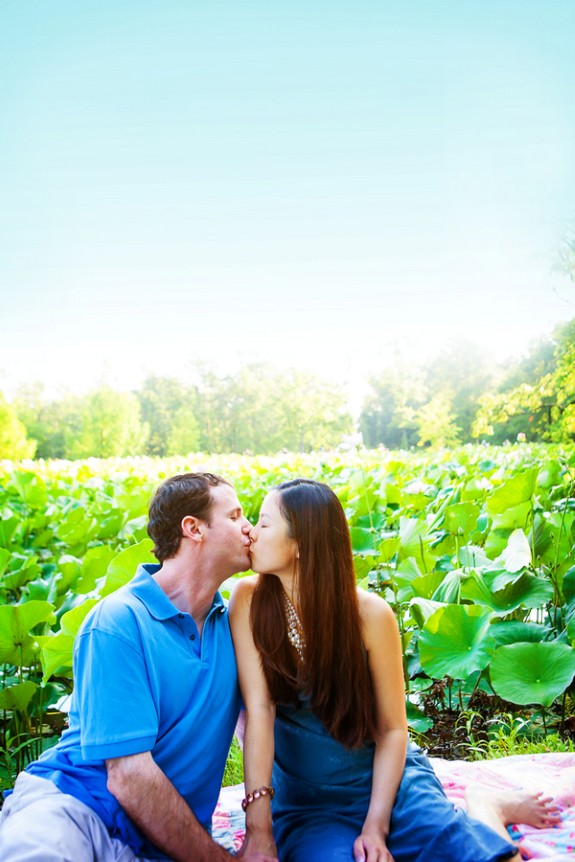