Katelynn & Zach have a beautiful love story and proposal story to share and I am just a TAD obsessed with Katelynn’s vintage dress [ok, fine … way more than a tad]. Take it away Katelynn! 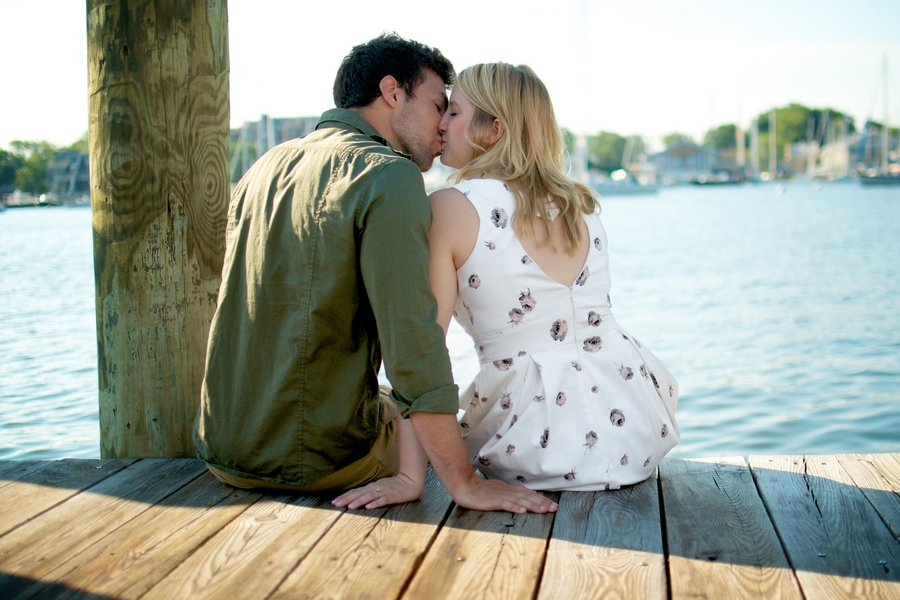 “Zach and I officially met on Halloween 2010 when I visited Messiah College with the intent of transferring from another Pennsylvania school.  It wasn’t until transferring to Messiah in January 2011, though, that we really hit it off– we both were on the swim team there, and as two science majors, our paths crossed frequently.  Eventually, talking in the hallway between classes and across the tables in the cafeteria led to hanging out in the dorms and making late night trips to Wal Mart for some Ben & Jerry’s.

By April, we knew we had a good thing going and wanted to give dating a try! 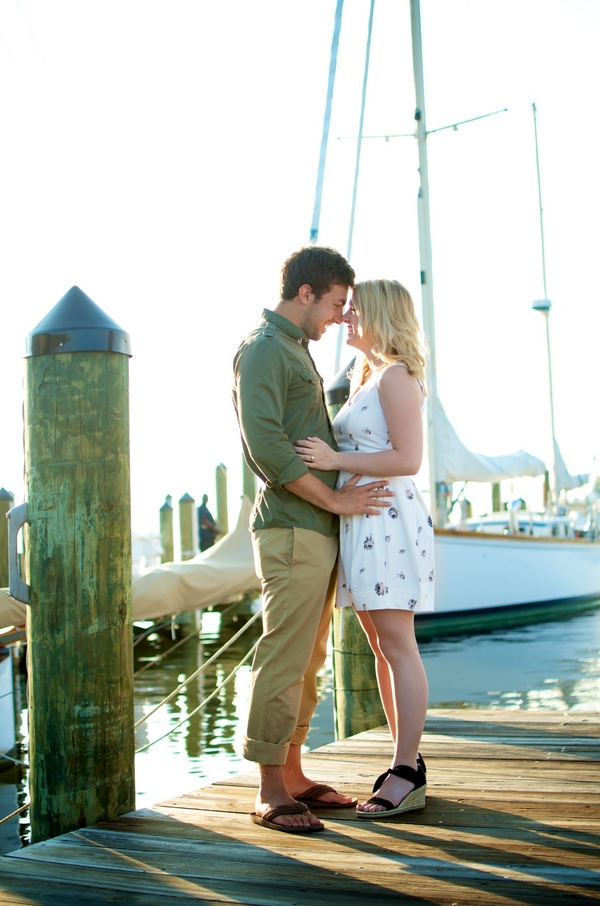 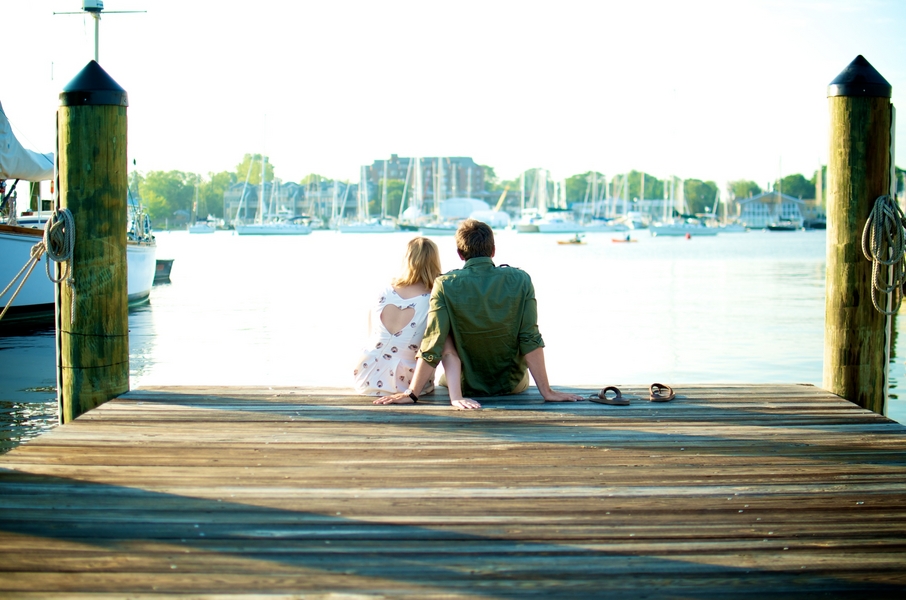 We decided upfront that we should try to keep it casual until we made it through summer break (as he lives in Lancaster and I’m from the Eastern Shore), but it was pretty apparent by July that we were both head over heels for one another.

A whirlwind school year lead to the decision to study abroad in Germany together for 3 weeks in May of 2012, something that we both were eagerly anticipating for months in advance! 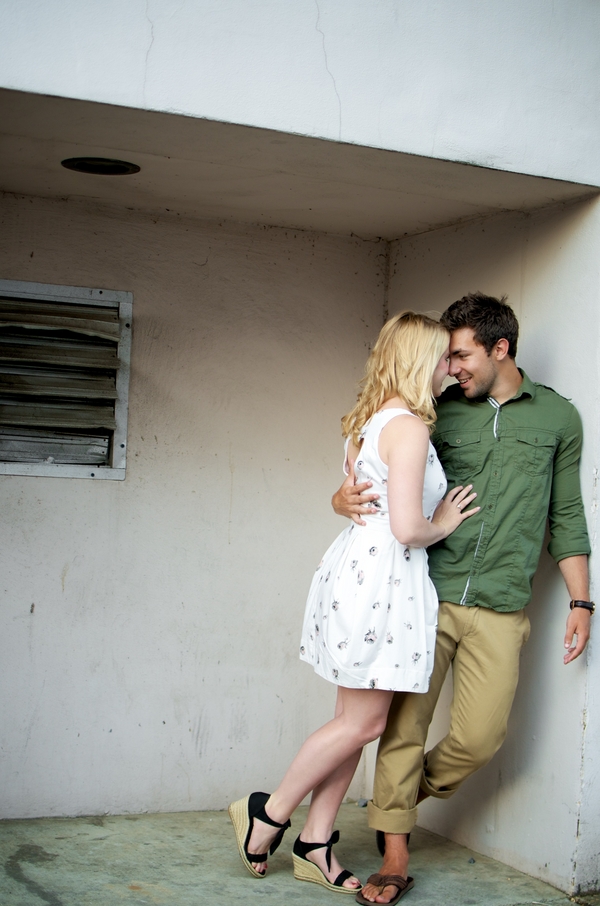 The whole trip I had literally been counting down to our day visit to Austria since that’s where the Sound of Music was filmed and I’ve been slightly obsessed with that musical since probably conception.  The train ride down to Salzburg from Munich I was shaking because I was so excited to see everything!

We spent the morning taking a cable car up to the top of a mountain in the Alps; what I thought was going to be just a little hill that would show us the whole city turned out to be a 10 minute ride up into the Alps and the best view I’d ever seen!  We were actually on top of a cloud, climbing in the Alps, and looking out over Salzburg.  It was so incredibly romantic, but also so cold up there. 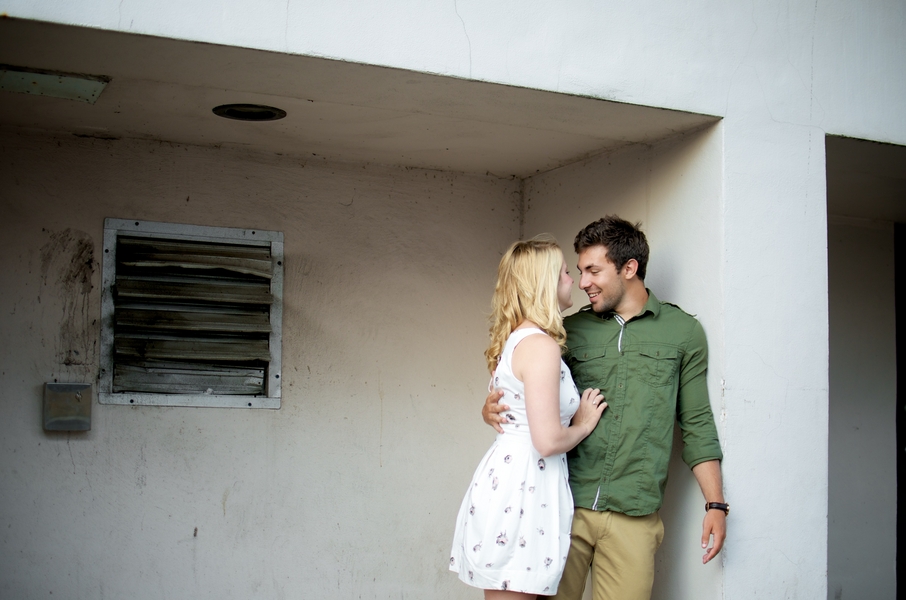 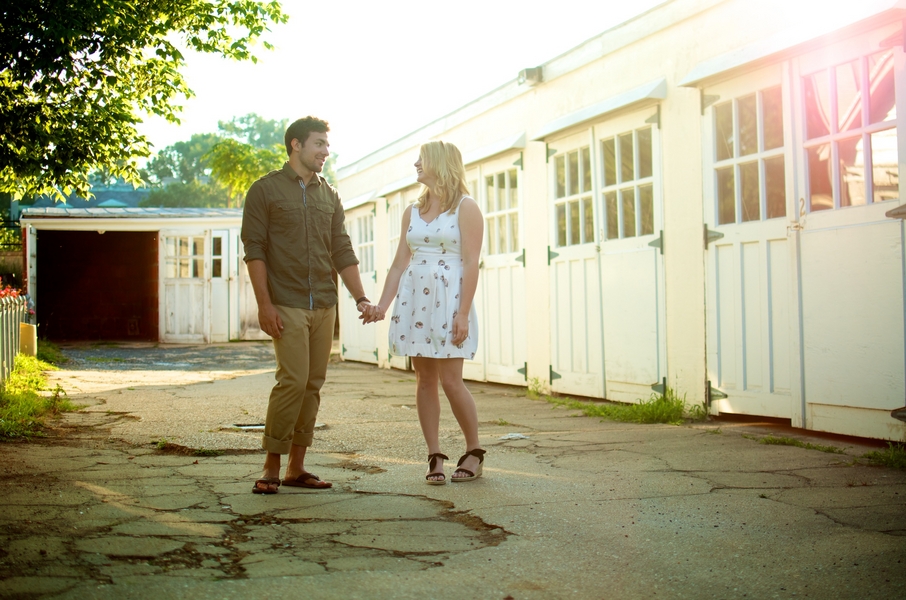 After that, we came down from the mountain and explored the city, which was SO charming and beautiful.  We got to see the Sound of Music Pavilion (where Rolf and Louisa sing “16 Going on 17” and Maria and Captain Von Trapp– the couple who actually stay together!!– sing “Something Good”).  There was even a bride and a groom getting their wedding pictures taken there!!!  We had a candlelit lunch, then saw the nun’s convent and the church with Mozart’s grave (where the Von Trapp family hid from the Nazis). 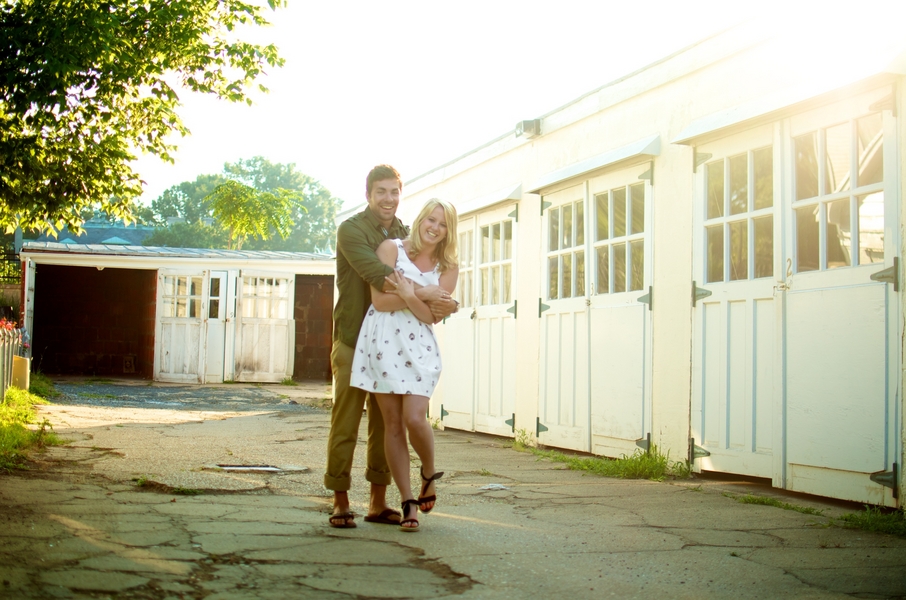 Click inside for the rest of Katelynn & Zach’s gorgeous Maryland engagement session ~ including the proposal story in Germany!

A surprise proposal in the Mirabell Gardens:

In the middle of the afternoon, we found the Mirabell Gardens, where Maria teaches the children to sing!  It was probably the most beautiful place I had ever been to, and I was loving every second. 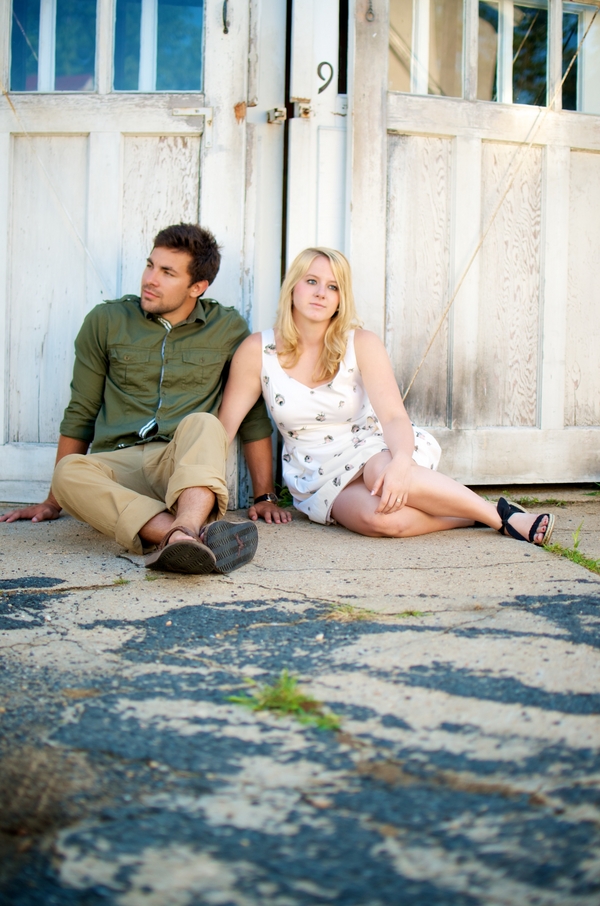 Zach had an interesting time trying to subtly get us away from the four other people we were with– it may or may not have involved climbing THROUGH some of the hedges in the garden!  We found a bench that overlooked the best section of the gardens, where the fountain was, and sat together on the bench soaking up Salzburg.

He went to get something out of his bag and next thing I knew, he was holding a little wooden box in my lap! 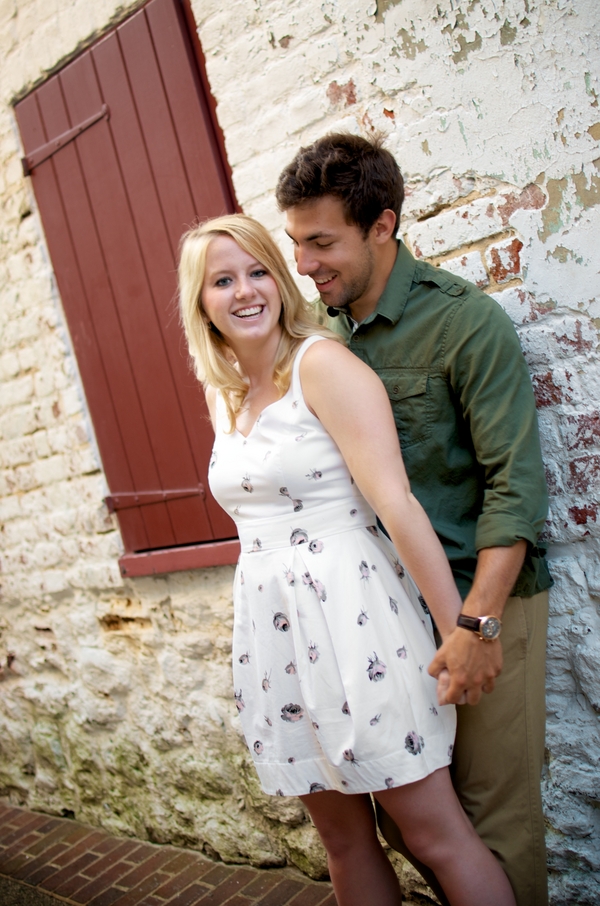 (Begin waterworks.) He told me how much he loved me, got a little misty, and said that, yes, he must have done “something good” in his life for us to have ended up together.

He knelt in front of the bench and asked me to marry him, and I (obviously!) said yes :) 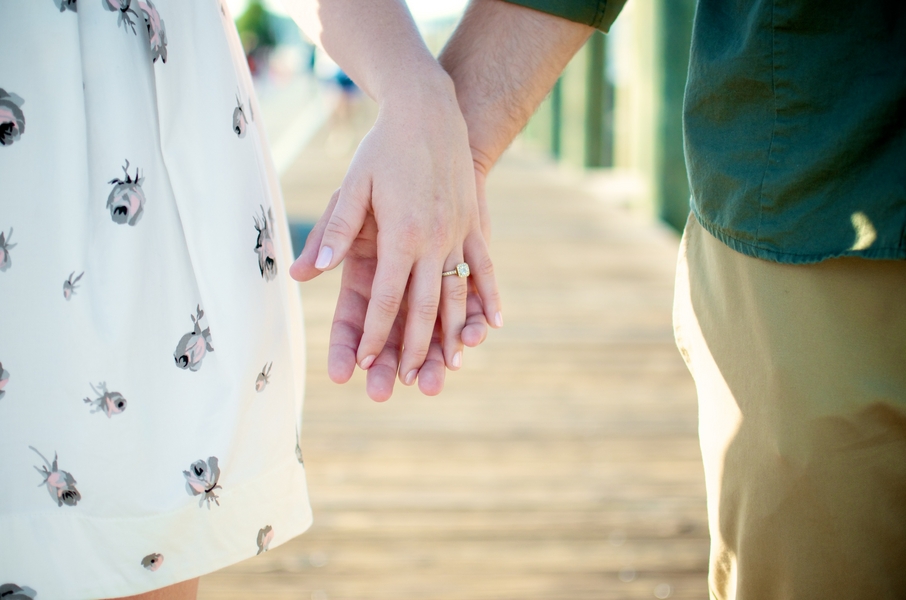 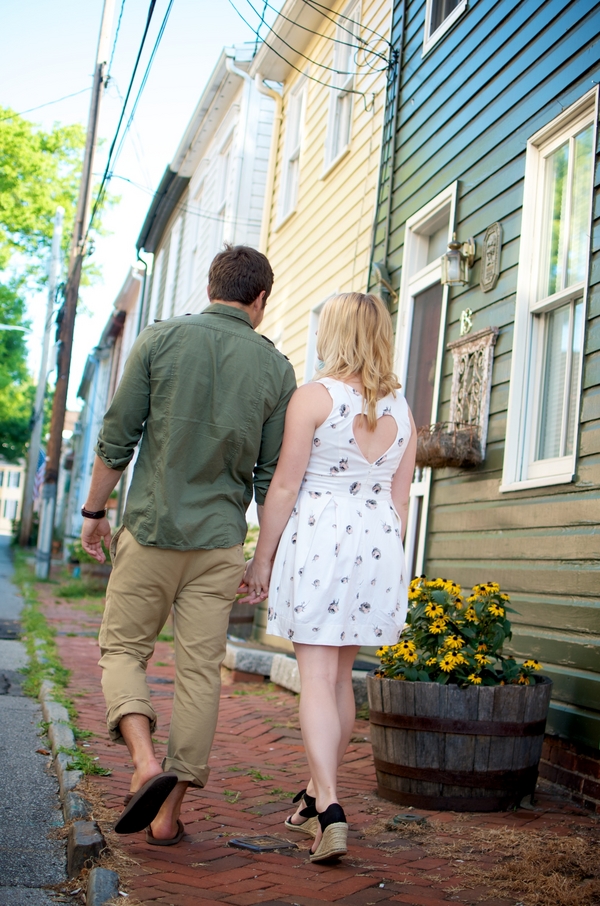 On the couple’s decision to have their engagement session in Annapolis:

We decided to do our engagement pictures in downtown Annapolis since its quaint, rustic charm very accurately depicts our personalities.  The dress I chose to wear for the shoot was actually a dress I bought from a vintage store in Prague while we were abroad!

We had such a great time with Sarah and are very much looking forward to getting married in Chestertown, MD next August.” 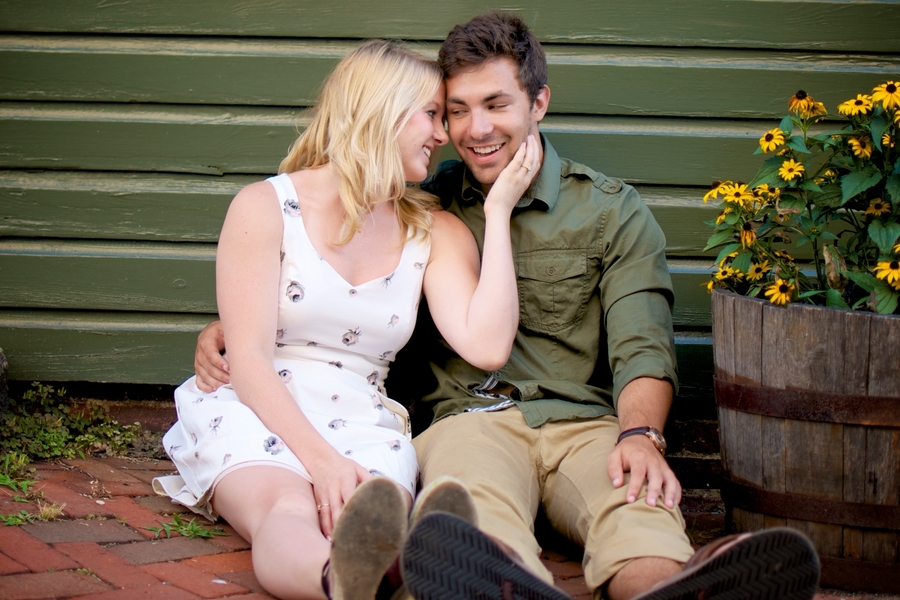 Congratulations Katelynn & Zach ~ thank you for sharing your beautiful love story & gorgeous engagement pictures in Annapolis with us! A special thanks again to Sknow Photography & Two Bright Lights for making this Maryland engagement session possible! 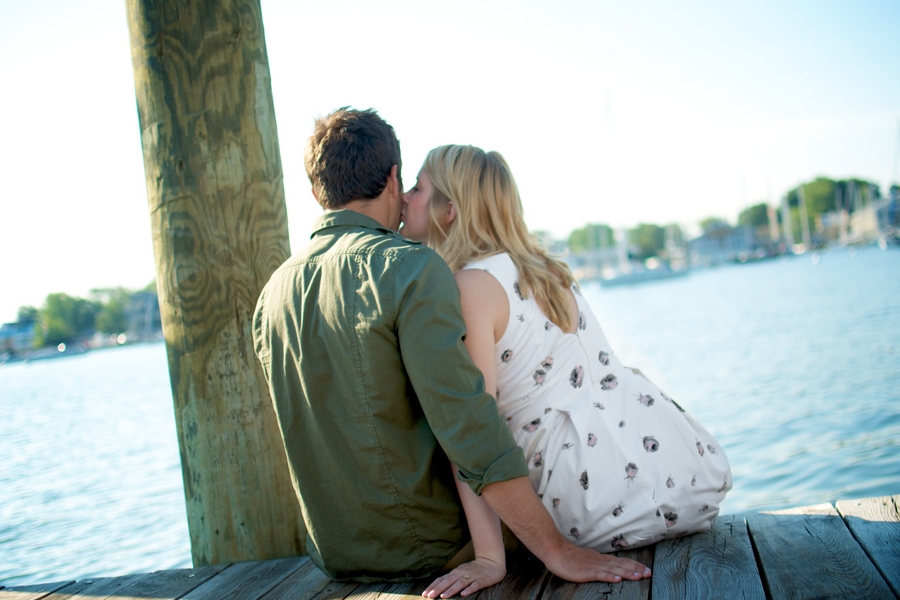 Wedding Music That Doesn’t Suck: “Ho Hey” by The Lumineers