Often when I meet with couples for initial consultations for my wedding coordination services, I hear them say “we really just want a fun party”. This is usually my sign that we are going to get along, however, that easy/fun party almost always turns into some form of a more traditional reception construct. This is not the case with Marie & Alex – today’s Washington DC wedding feature from Sandra Sitar Photography.

Marie and Alex wanted “just a fun party” – and that is exactly what they had. After the beautiful ceremony (including a 1920s gown, dried flowers, and heartfelt vows) the two opted to have their friends and family meet them at a bar on 14th street in lieu of a typical reception. Without the standard reception formula, the couple and their closest friends and family were free to kick back, enjoy some Kanye glasses & beads, and really just have one hell of a party. How did Alex & Marie end up at a bar on 14th Street for their wedding reception? Well we have the answer for you from the bride herself:

“This is not at all what we envisioned when we started the planning process! We started out using the standard ceremony + cocktail hour + dinner + dancing formula. We aren’t formal people at all, but it seemed to work for everyone else, and it could accomplish our priority list: have all of our friends and family there for the ceremony, spend time with people, and have a kick ass party. Unfortunately, when we started doing the math, we realized that even the most basic standard-format wedding would essentially wipe out both of our savings accounts. And MAYBE that would have been okay, had the plans been adding up to exactly what we wanted, but it wasn’t even close. The thought of spending that much money on one day made us feel sick, and we weren’t excited about it AT ALL. You shouldn’t feel like your wedding is ruining your future, and you shouldn’t wish you didn’t have to have one – and that was exactly how we were starting to feel. A friend suggested we drop the meal and do a dessert reception, but that would have made the day really short (to avoid meal times) and we were afraid it wouldn’t have much of a party vibe. Once we had the idea of a bar, it all came together.

So immediately after our ceremony ended at the Katzen Arts Center at American University, we had desserts, apps, and drinks, but we skipped all the traditional reception stuff – no dancing, no flower tossing. I wore a fancy dress and our wedding party was still fully suited up. Then after a three-hour break for guests to go have dinner, we had the after party. Everyone was invited to the party (which was a private open bar until 10 PM, when the bar opened to the public and we moved into a VIP section), but 90% of the older guests felt the afternoon was enough for them. Our families each organized a dinner for their respective relatives and friends immediately after the afternoon reception, which gave the older folks an extended celebration and served as our parents’ contributions to the wedding. It was hard at first letting go of the idea that people wanted a meal, but it turned out no one really cared, and the family dinners that took place appeased any of our more traditional family members who might have had complaints about the lack of proper meal. It was also awesome to have the party go until people were done instead of when the vendor contracts were up – so many weddings are just getting started when the evening ends! This format worked out for us in so many amazing ways. First, we were able to pull the whole day off within our budget, but it didn’t look or feel like a budget wedding. Second, it let us have a lot more time with our guests. We were able to spend the afternoon chatting with older guests who weren’t interested in the party, and spend the night focusing on younger guests who wanted to dance and have fun. Third, it gave us a few hours of legit alone time to reflect and recharge while everyone else was at dinner, something I feel couples rarely get on their big day. That alone might have been the best part, because just like other newlyweds, we barely saw each other the rest of the day! In the end, we can’t imagine doing it any other way. We had to stop ourselves from getting on our “Who needs dinner? Go to a bar!” soapbox when we recently met an engaged couple. So many people have confirmed our choice by saying that they had a blast the whole day, and that the wedding was so “us” – which was our goal from the beginning.

Now I just need to convince my husband that we should celebrate our anniversary the same way each year!” What do you think Romancers?! Would you fore-go the traditional dinner reception for a wild party at a bar?! A special thanks to Marie & Alex for sharing all the details of their awesome DC wedding and a special thanks again to Sandra Sitar Photography for submitting her images via Two Bright Lights. 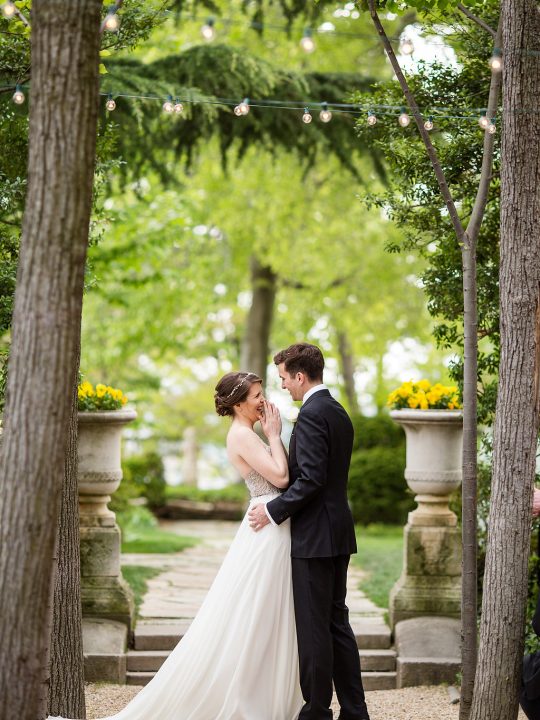 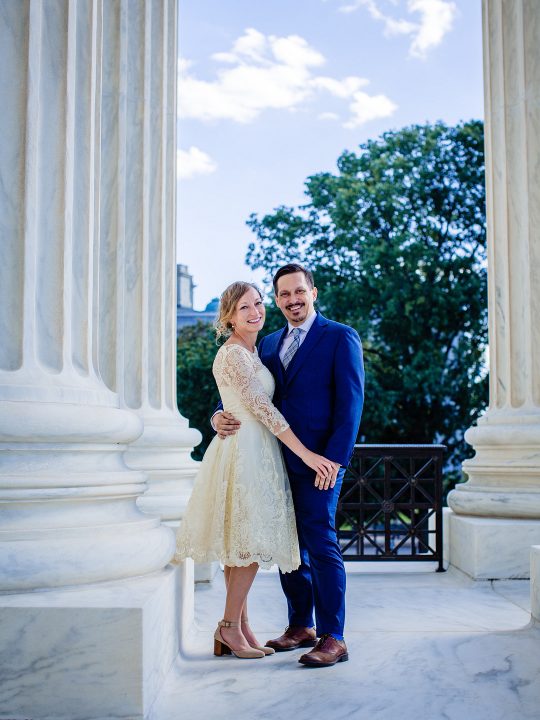 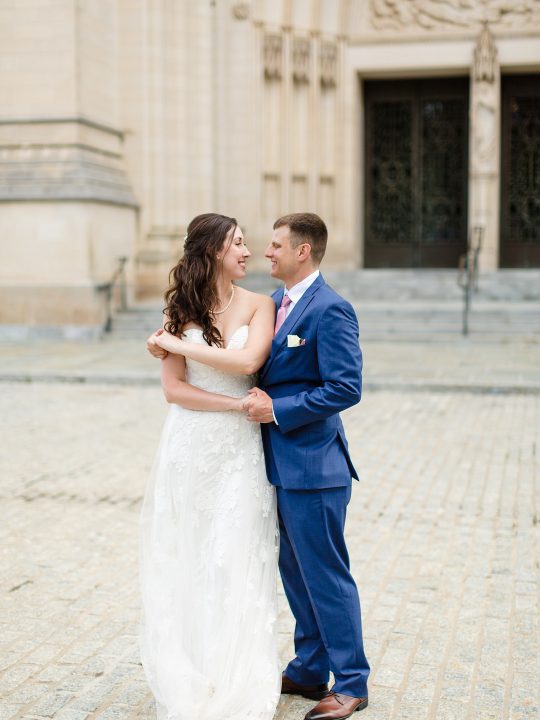 Mamie & Nick’s Elopement at the National Cathedral in Washington, DC 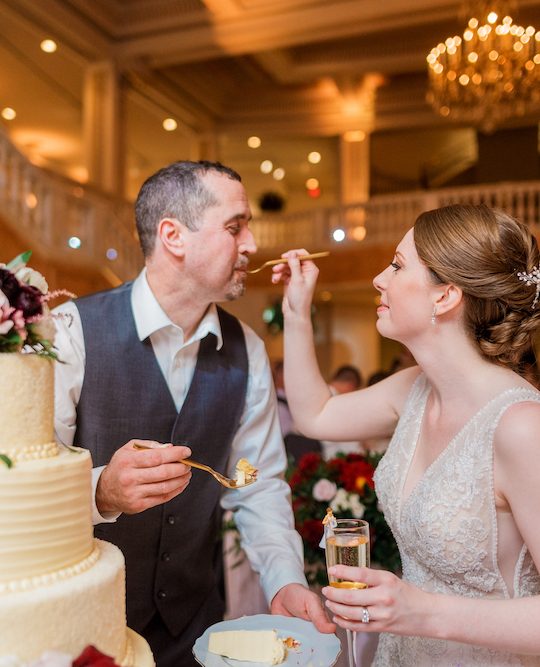 Mike & Betty’s Festive Winter Wedding at the National Museum of Women in the Arts in Washington, DC 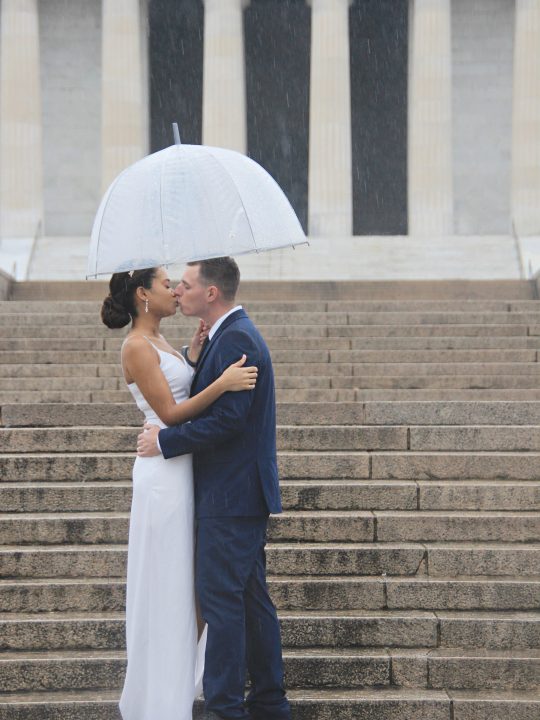 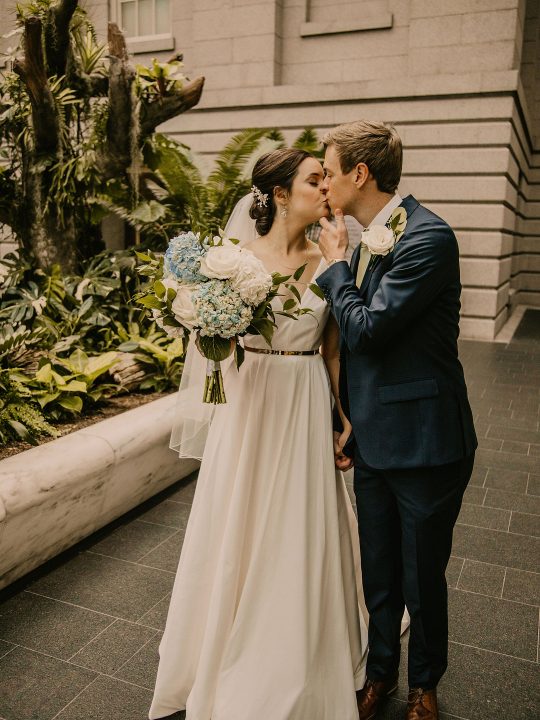 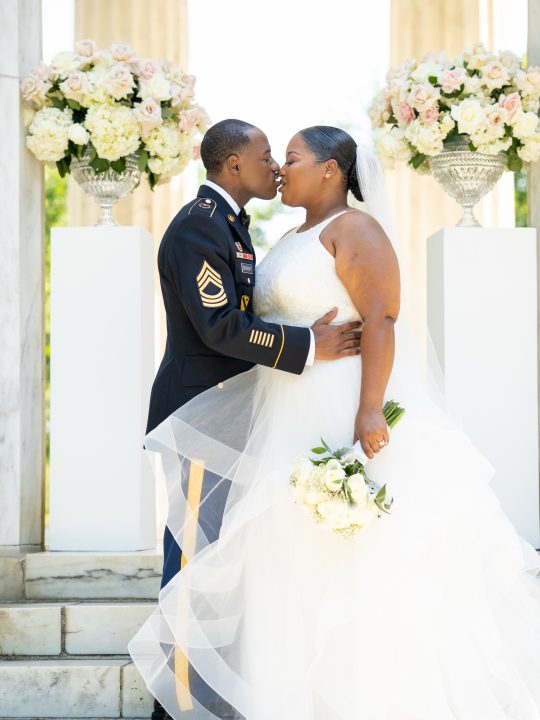 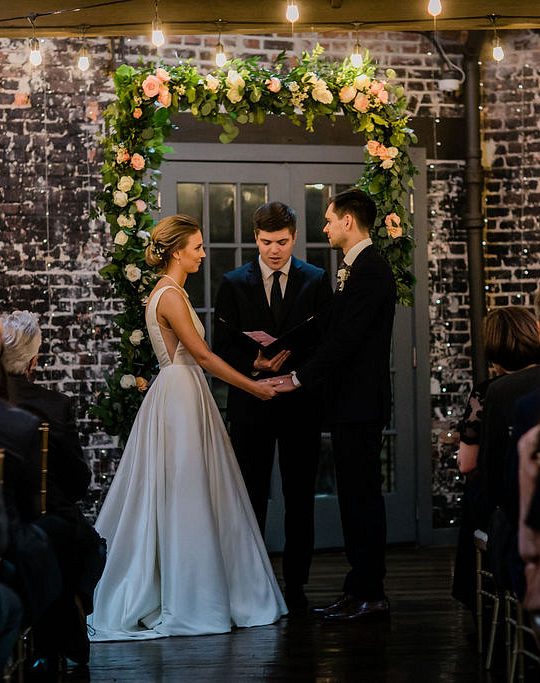