Miriam and Josh’s engagement session is definitely one of our favorites. They are so joyful and happy together and we had a huge blast. The weather was gorgeous: 50 degree with warm sunshine for a late December afternoon. We were so excited to enjoy the winter blossom at National Arboretum and the photos are amazing. In 2010, Miriam was living in Washington DC and was a pro at internet dating and the single Jewish scene in the DC area.  She thought her chances of meeting someone would improve if she moved back to good ole New York City.  She would take trains/planes and occasionally slum it on the bus to go to interviews and dates.  She had a suitcase of interview clothes which her friend let her keep at her apartment.  One non-profit Jewish organization had an interest in hiring Miriam.  At this point, Miriam wanted to make sure she was giving the DC Jewish scene the best shot possible, as she really did not want to leave and have to uproot the great circle of friends she had found here.  Miriam logged back online while looking for potential housing in NYC and lo and behold, was contacted by Josh.

Their first date was on May 23, 2010 at the Red Derby Bar in Washington, DC.  They had spoken about playing backgammon (sheshbesh) before and this bar had board games so they figured it would be as good a place as any.  Miriam was waiting outside when Josh walked up to her.

They talked for about 8 hours and did not quite get around to playing sheshbesh.  Two days later, Miriam received  the job offer in NYC and had to choose, which became the topic of discussion on their second date.  Josh convinced Miriam that he was serious about this and ready for marriage so Miriam stayed.

The rest is history. On September 5th … Josh proposed to Miriam Labor Day 2011 while hiking together.  Josh began saying wonderful things about Miriam, who could not stop smiling.  Josh then asked if Jews got down on one knee.  Miriam said she didn’t know so just stay standing.  Miriam has never smiled so much during hiking in her life. Click inside for the rest of Miriam & Josh’s beautiful Washington, DC engagement session at the National Arboretum! 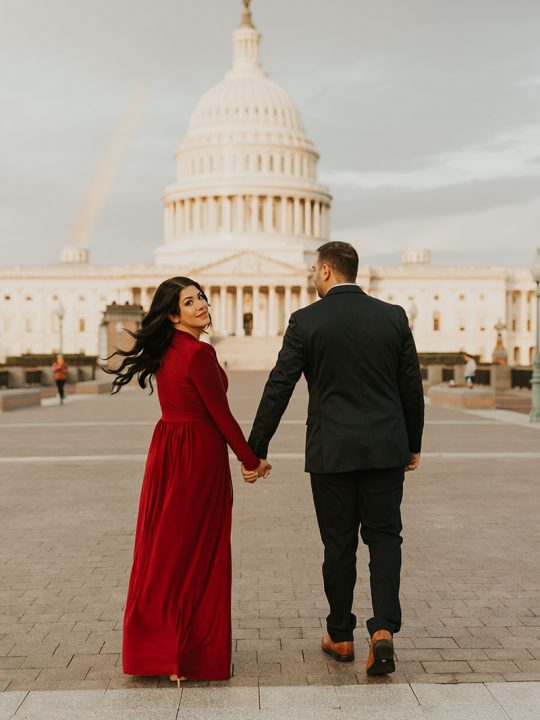 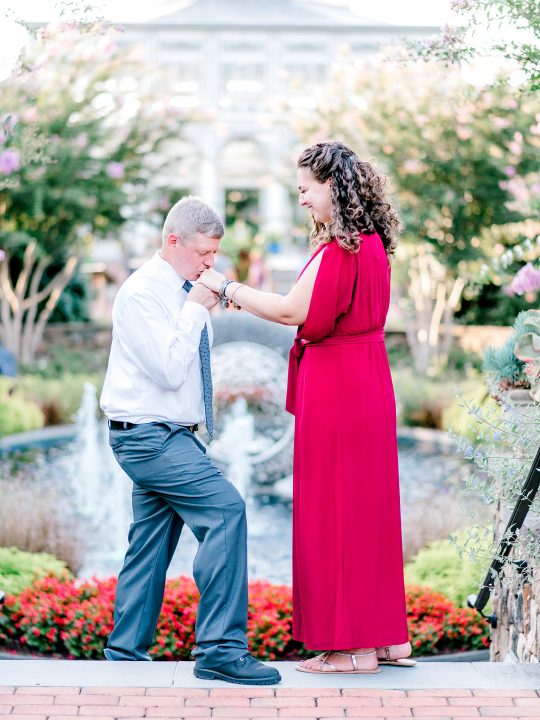 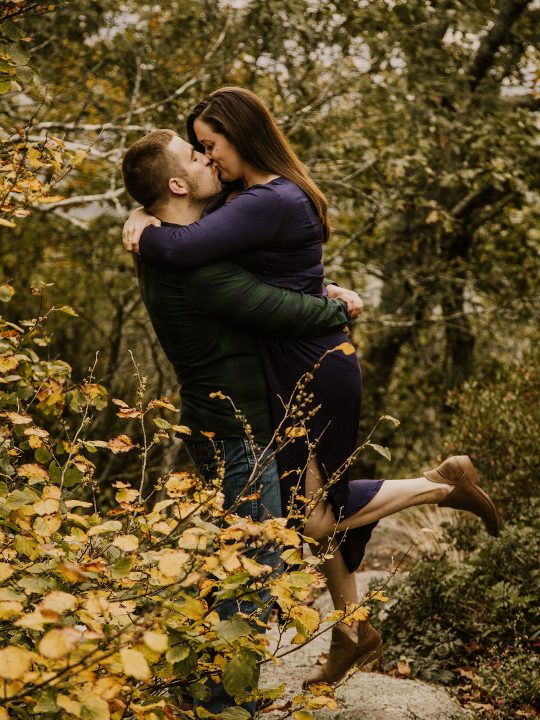 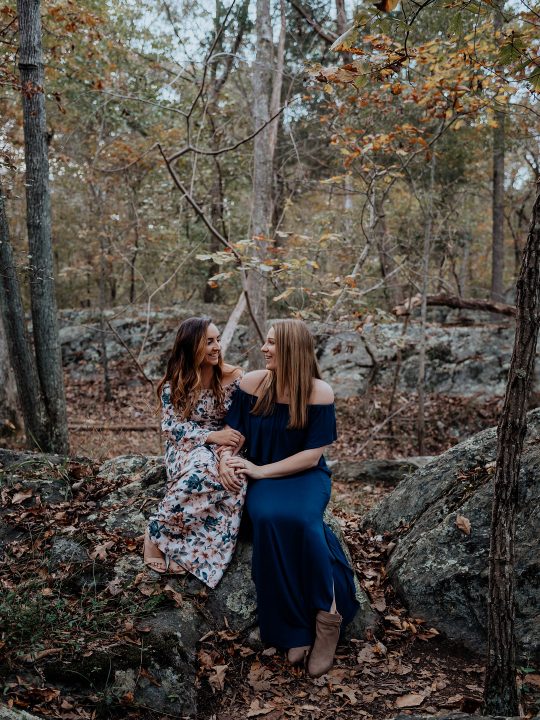 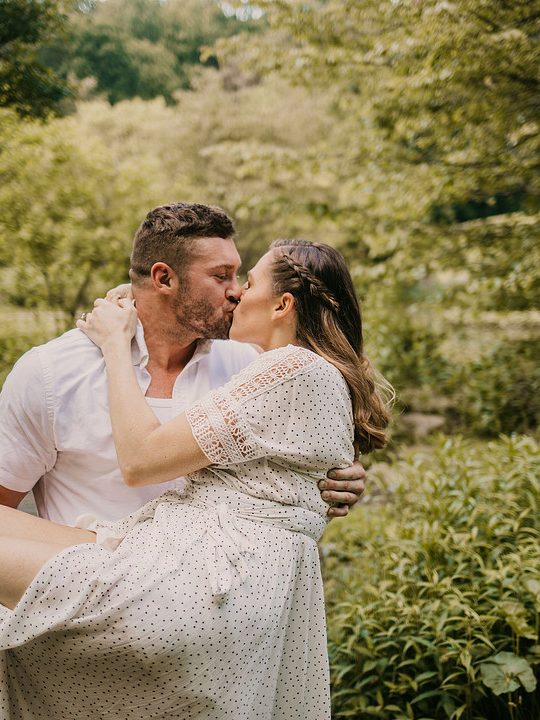 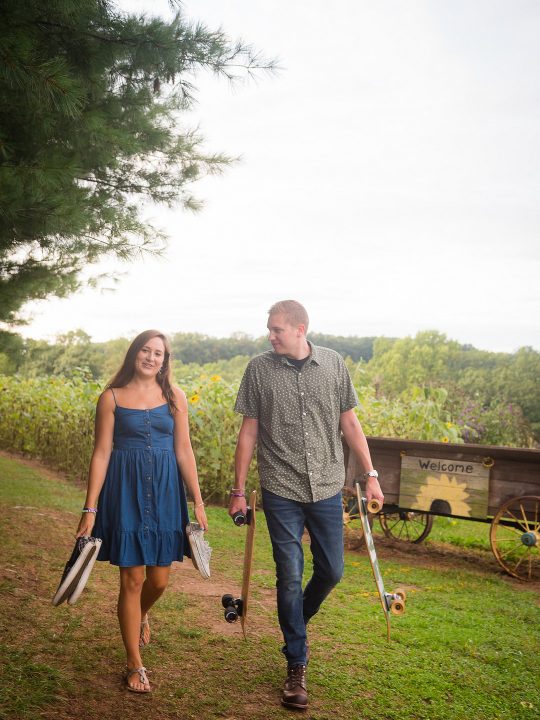 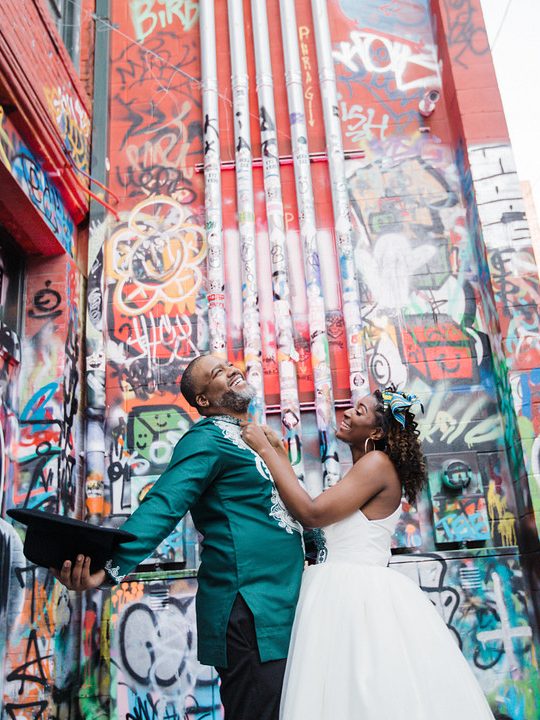 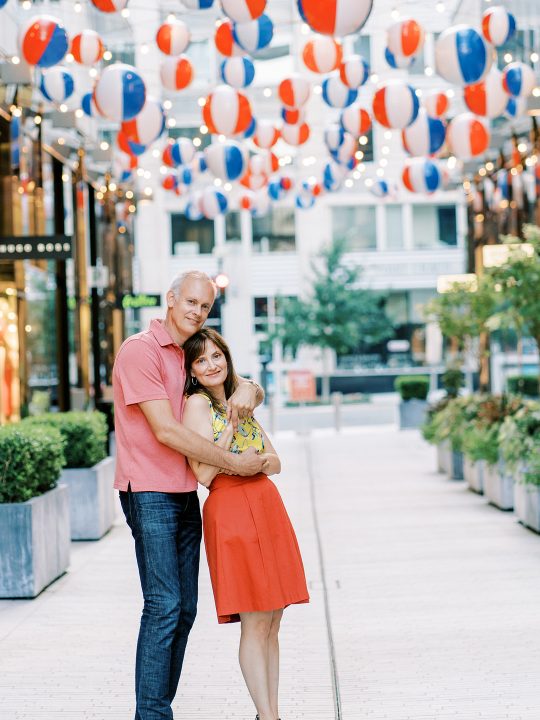